Fredriksberg is a very small village in the center of Sweden, with around 600 inhabitants. There is no railway station, just one or two buses per day from/to Ludvika.

In the past there lived more people and had been industries in iron, wood and paper. But by the end of the 20th century, the last factories were closed and the village became a tourist resort, with Säfsen Resort as the largest operator. Nowadays the factory buildings are abandoned, desolate and decaying. Photography time! 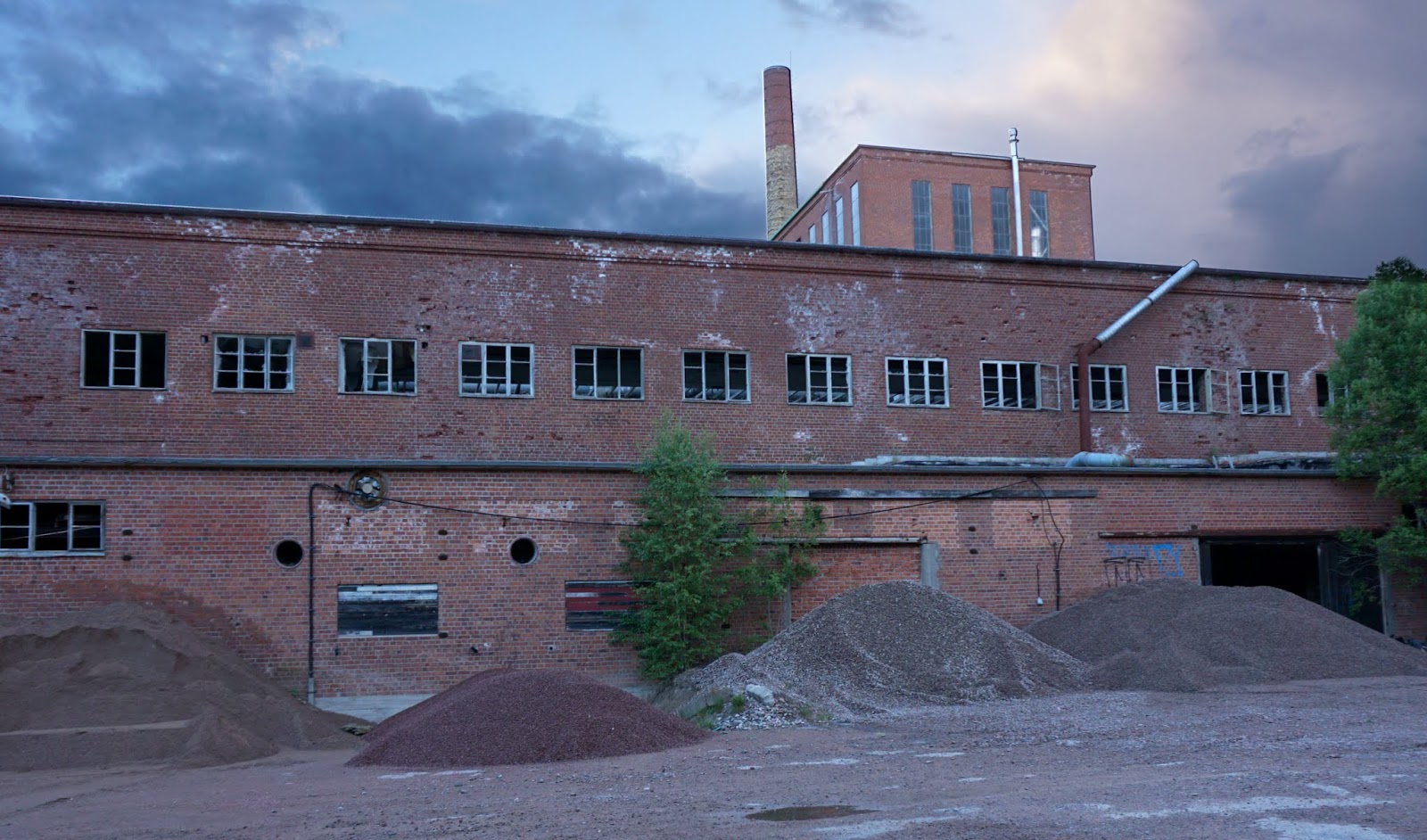 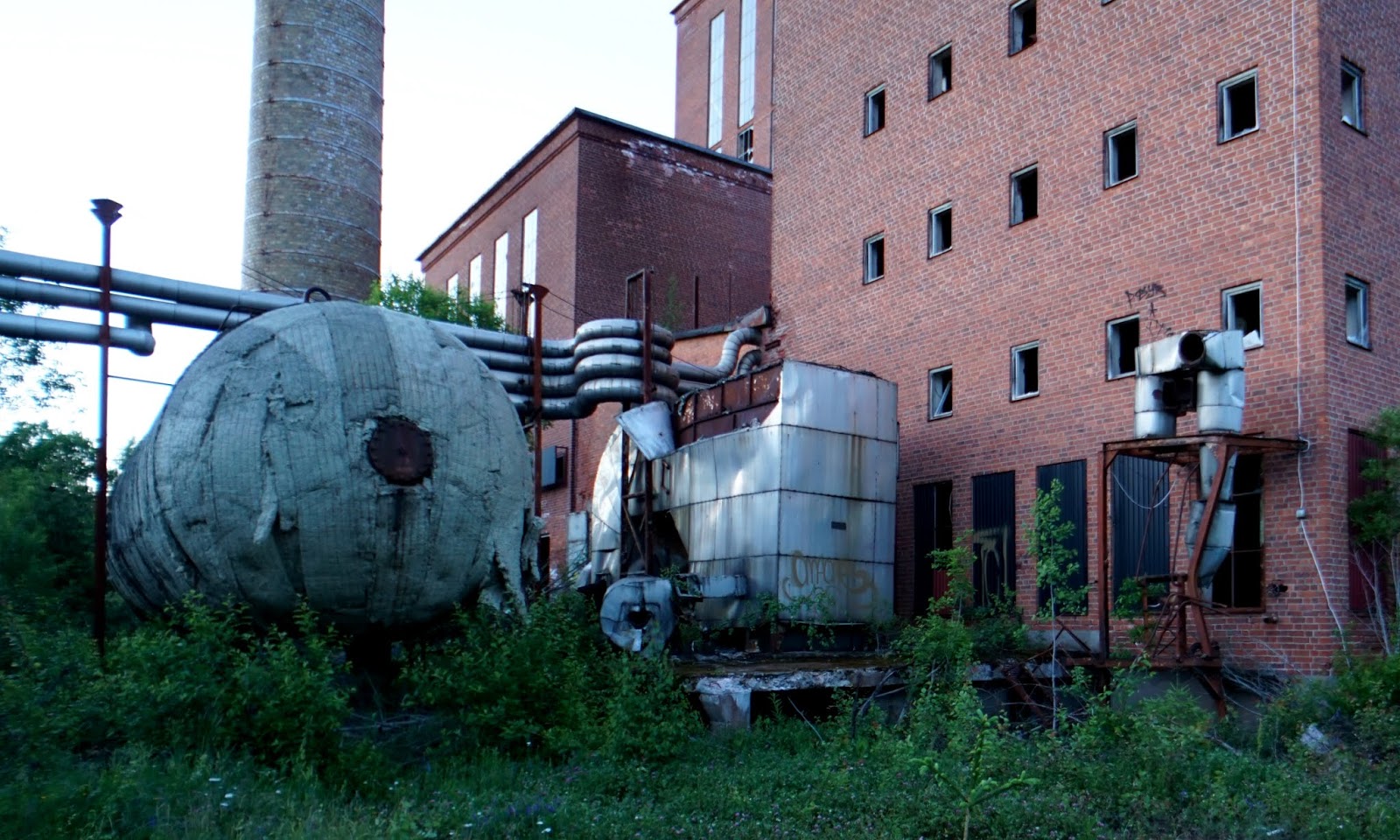 It was quite easy to get in. Fences had holes, and gates were wide open. 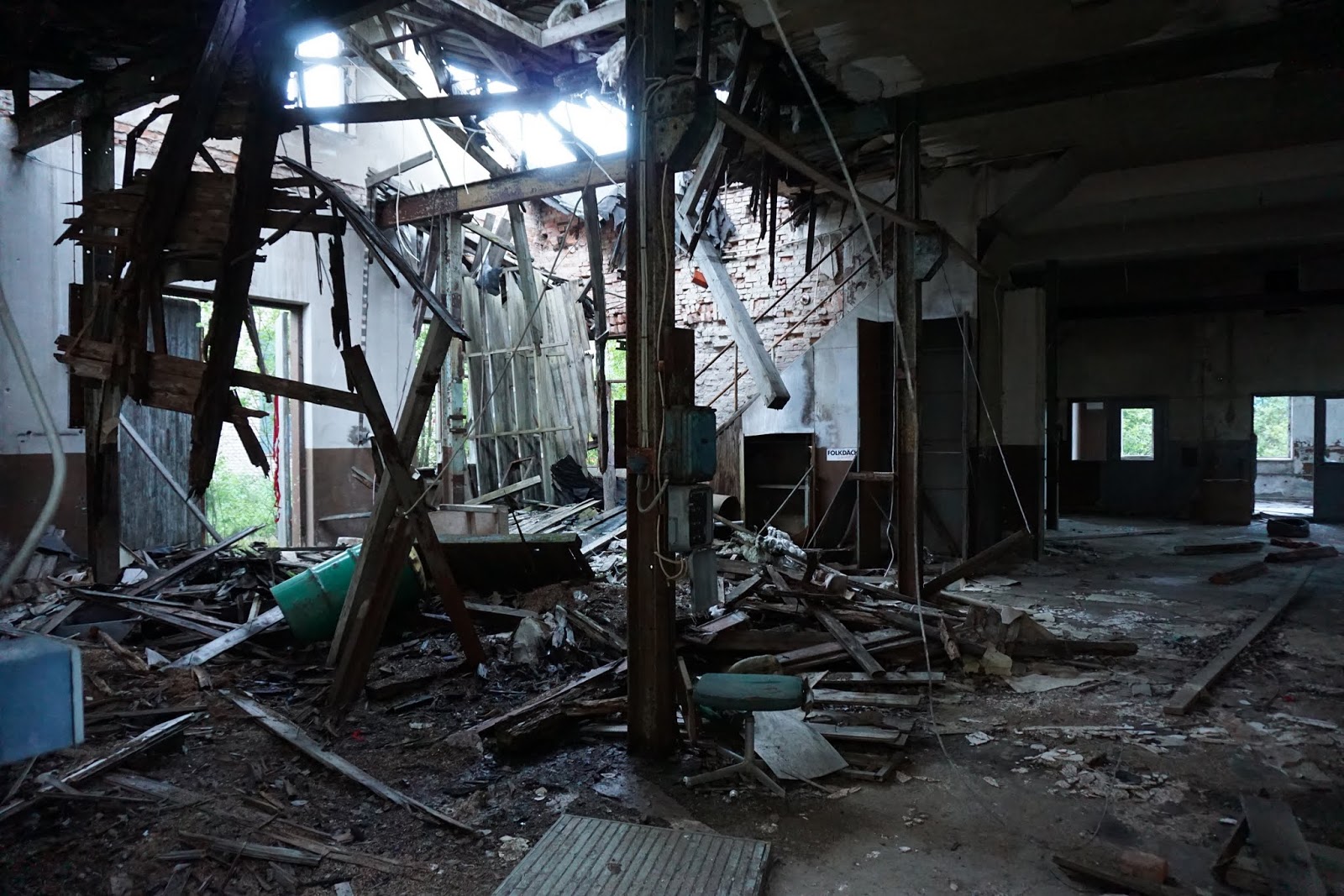 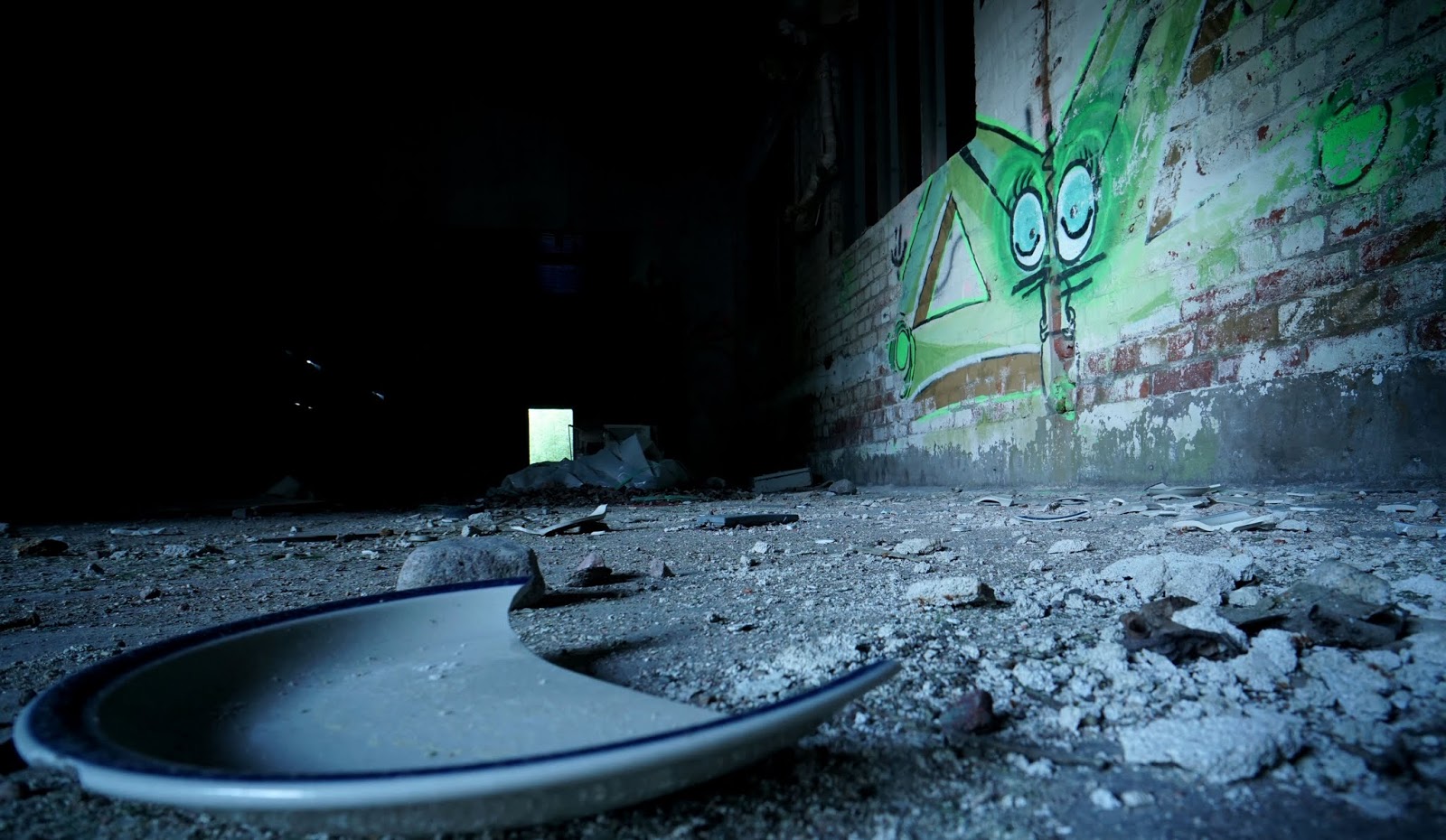 Of course I had to be damn careful where I was walking. But no worries, I stayed close to the gates and avoided the loose-hanging lamps on the ceiling.

More photos here!
Posted by Vincent Groenhuis at 15:59 No comments:

The reason why I chose Säfsen as the next destination is simple: MTB. In winter, it is a ski resort; when the snow melts away, MTB tracks are prepared. 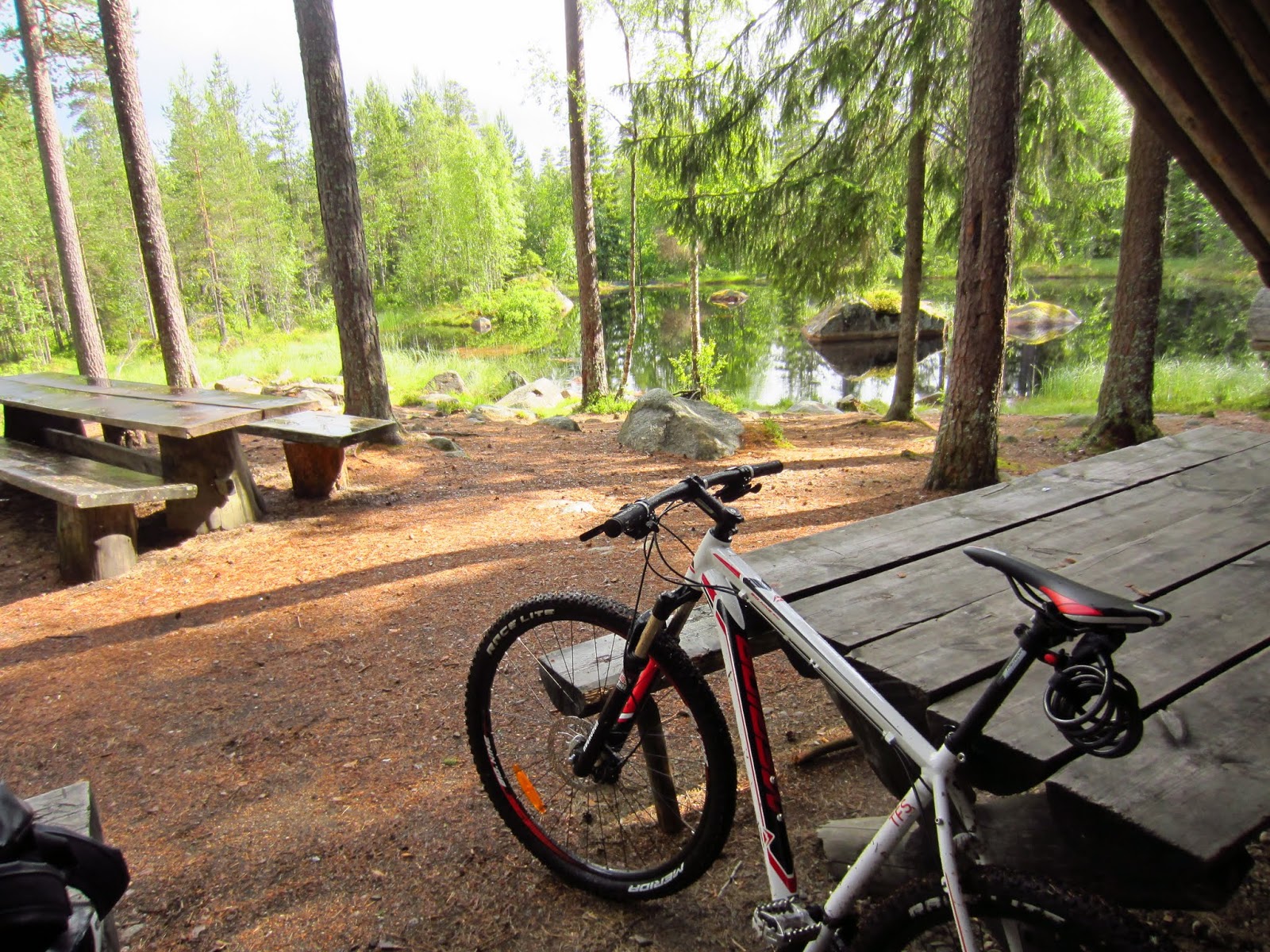 Most tracks run over gravel and grassy (off)roads, often also used for tree logging. On Sunday I cycled the Strömsdal Runt, a blue grade 48 km tour but over relatively easy tracks. After a few km's I discovered that I was cycling it in the wrong way, and had to travel in the direction that the signposts were facing to (instead of the pointed direction), because I was too lazy to turn 180 degrees and follow it the right way round. Well, a few times I got in the wrong direction and in the last 10 km's I climbed a high hill in pouring rain which I wasn't supposed to go to at all. At least, when I figured out the right direction, I had a nice downhill ride and my outdoor clothes dried quickly. After a hot shower I was very satisfied with the ride! 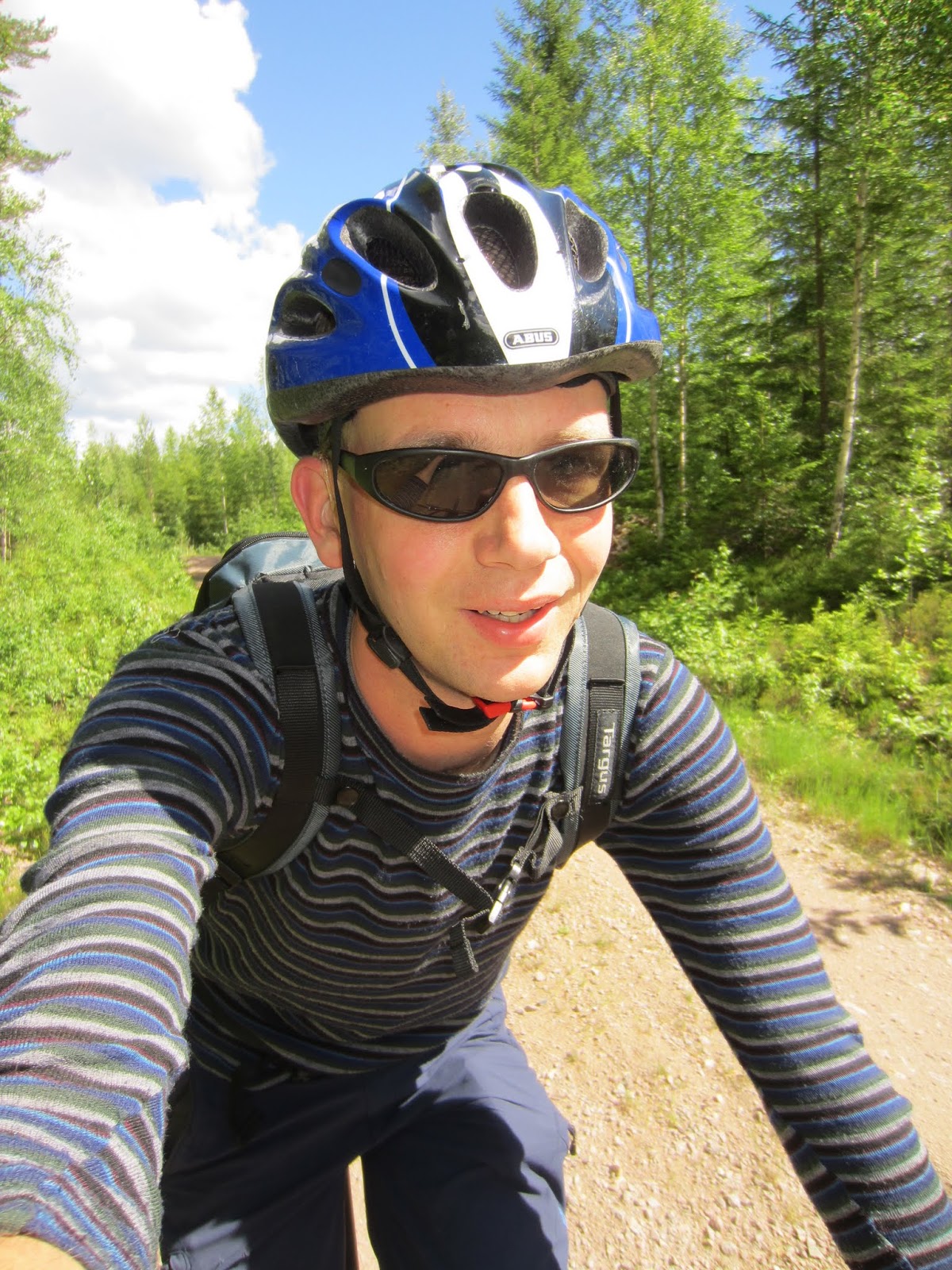 Next day, I attempted the red grade Kullern Runt. After a few km's, the track winded through the forest, up and down, with many, many tree roots and rocks scattered across the path. This was difficult. A couple of times I had to walk because it was getting too dangerous to go on on my own, but eventually I got out of the forest. I hadn't come far at all when it started pouring rain again, and I decided to take the quick way home instead of completing the full tour. It simply didn't feel comfortable to go ahead on my own in the Swedish wilderness in poor weather, with very limited communication possibilities. 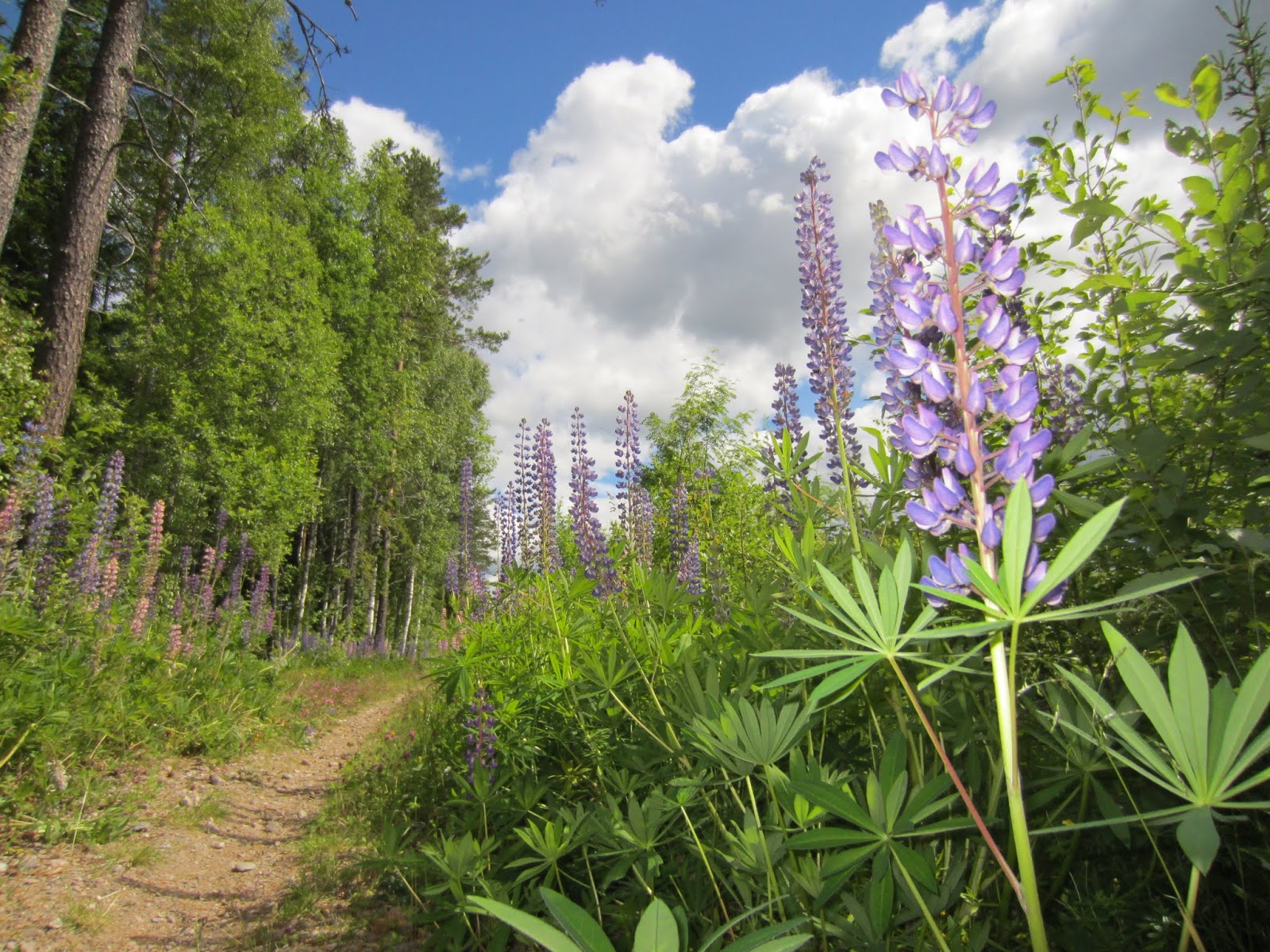 Tuesday. Started with green-grade Stackberget Runt, which was easy and nice, but too short. I decided to add a few km's of black-grade Säfsen MTB Korta to it, which was a very rocky and difficult path through thick forest, just like the forest part of Kullern Runt. But it was a quite nice ride anyway, pushing my technical skills a little higher.

In the afternoon I had to return my bike, because my bus is leaving at 18:00.

More pictures can be found here!
Posted by Vincent Groenhuis at 15:44 No comments:

Life doesn't stop in New Zealand. So I decided to continue writing here about my following travels too!

Sweden. A business-and-holiday trip in one.

Karlstad is a small, interesting city; smaller than Enschede but it has everything in it. A lot of water, parcs, flowers, trees, blue skies, and many, many cycling lanes and bridges. 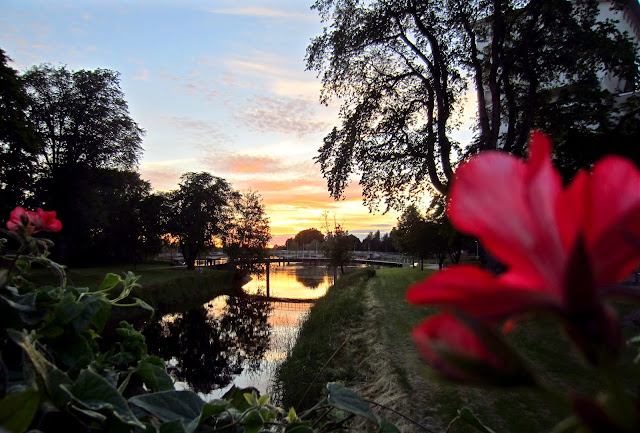 The first three days I attended the Mechatronics conference in Karlstad. 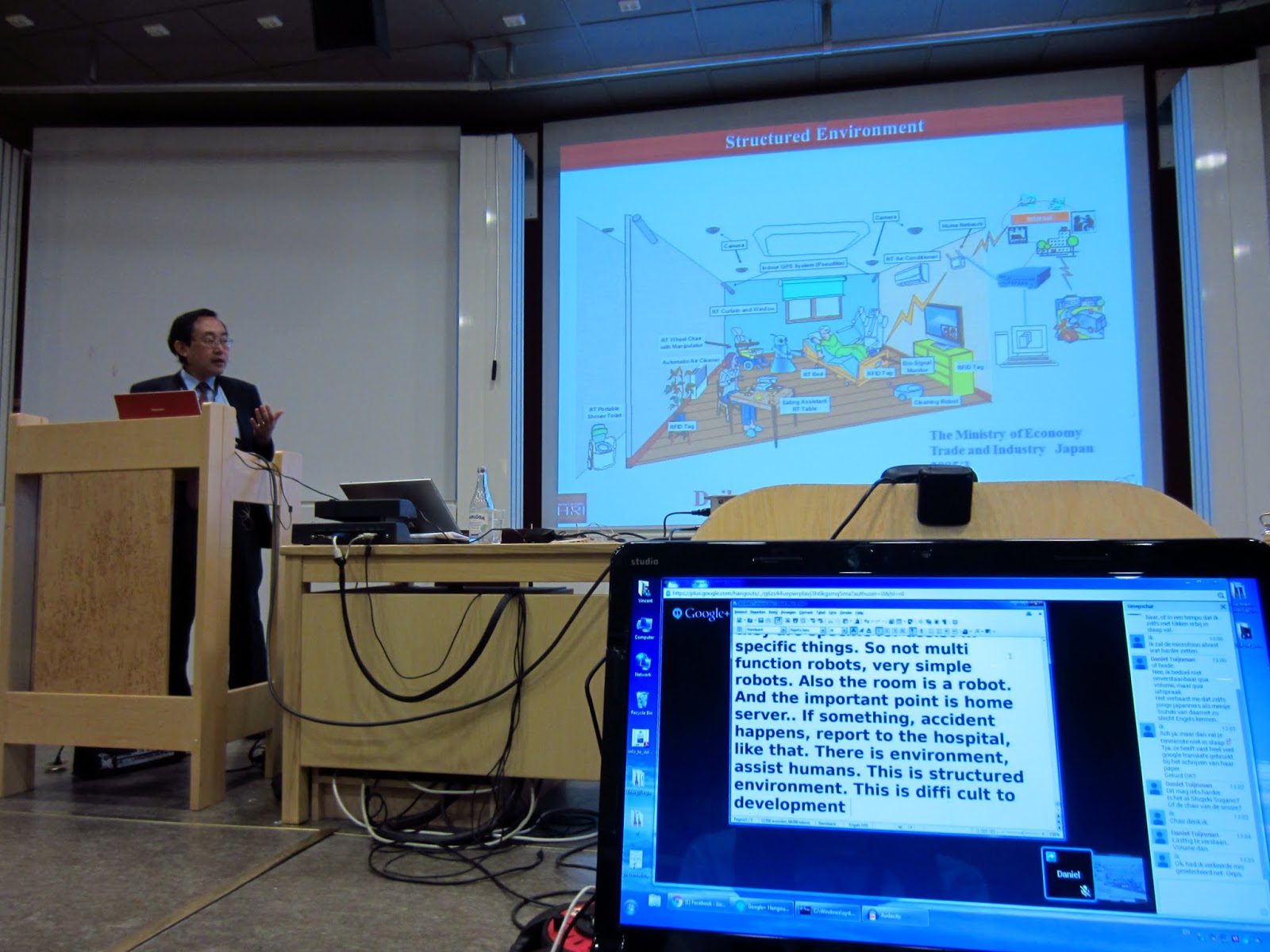 You can see that I am using a subtitling system to understand the spoken text. Professors who were watching over my shoulder wondered which excellent speech recognition software I was using, but I told them that it was a professional text interpreter (Daniel) in The Netherlands who was typing everything for me. We set up a Google Hangout so that Daniel could view and listen the presentation, and I could read his text. It worked very well! 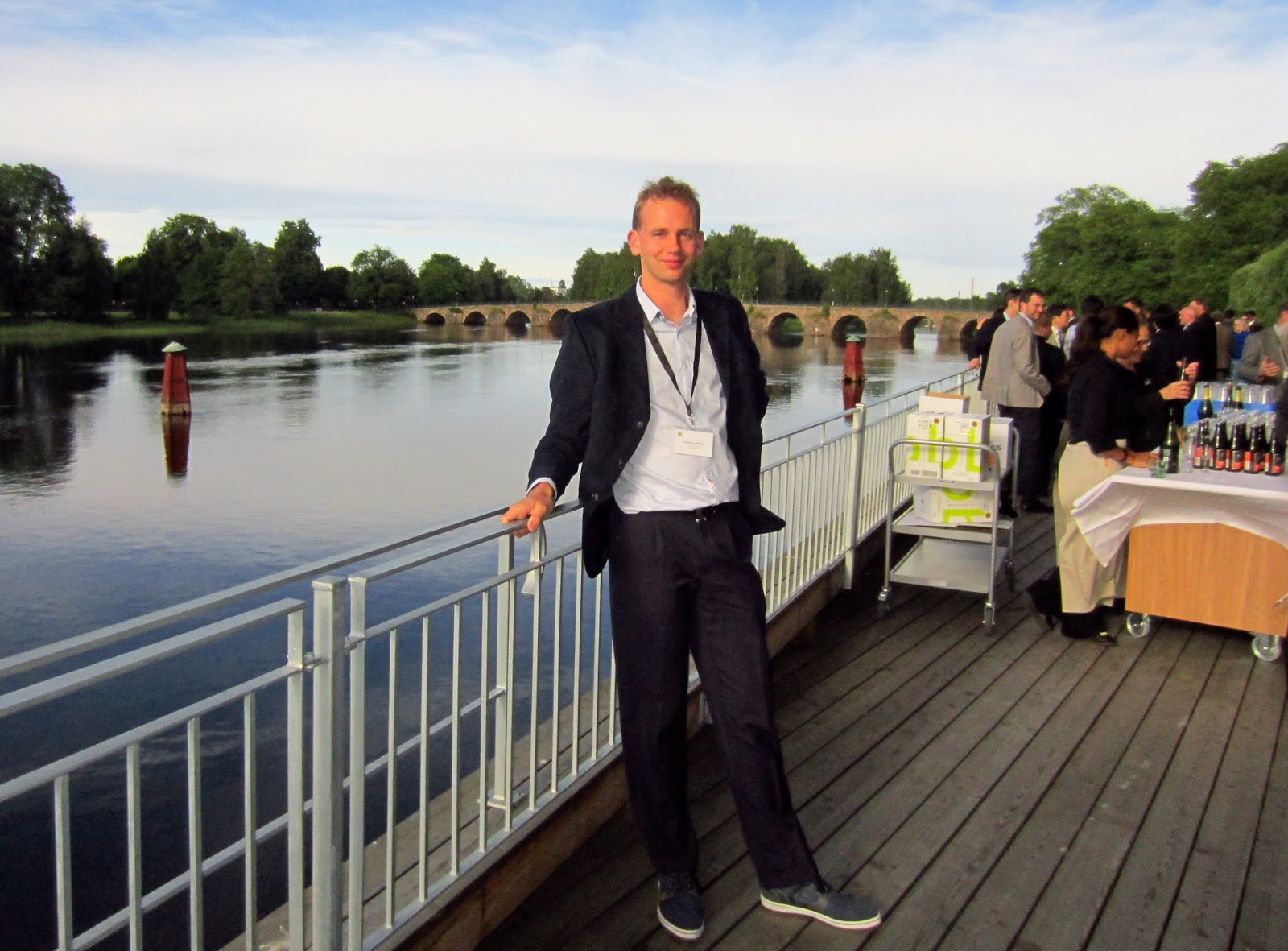 Of course I also gave a presentation myself, about the powered exoskeleton project in New Zealand. It went very well, several audience members enjoyed my presentation. 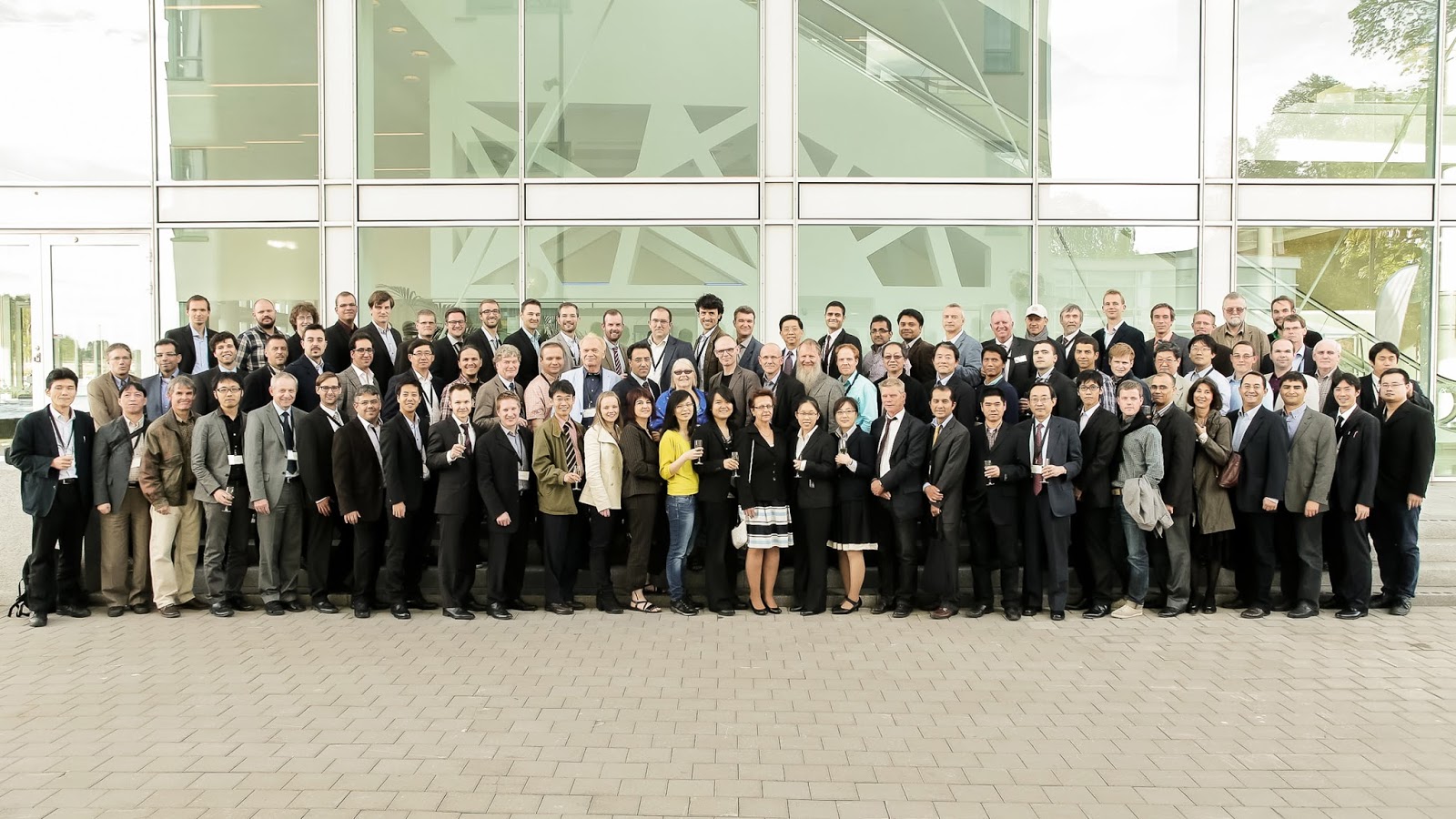 Can you spot me on the group photo?

After the conference, I hired a bike and cycled around in the town and surroundings. There is a rail trail going north from Karlstad, but it was rather flat so not too exciting for me. And there weren't many MTB tracks around the city, so I decided to move out. But not before attending the Midsummer celebration! 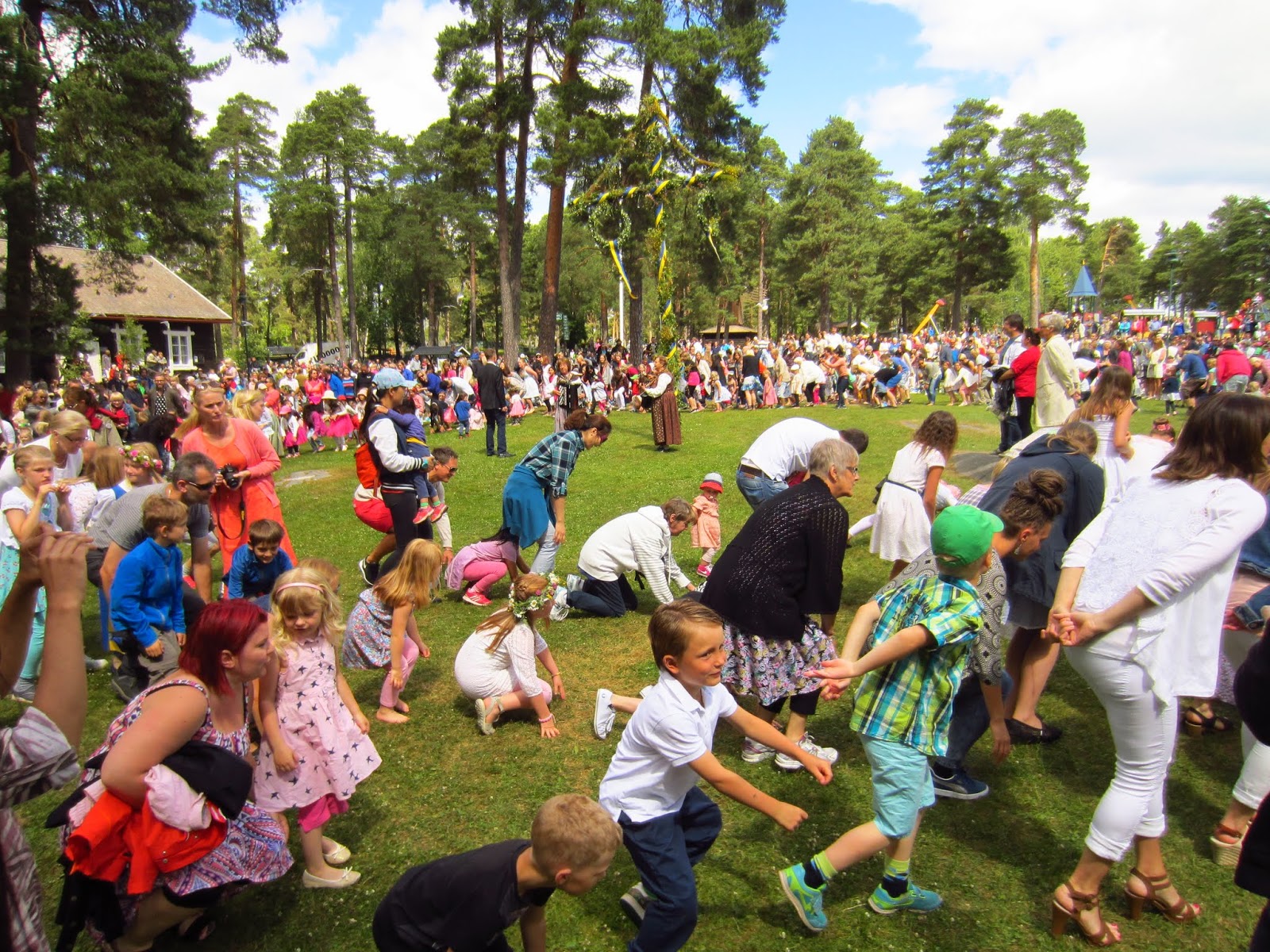 It is the only day in the year that many, many people gather in the parc. They set up a large cross, dance around it in a funny way and play music. I also jumped in to join the dance :)

My cheap hostel didn't have wifi, so I had to go to city centre to arrange my next steps. After a lot of investigations, I found a good destination: Säfsen. It is about five hours from Karlstad by public travel, though you could get there in less than two hours by car.

More about it in my next blog! Pictures from Karlstad be found here!

Posted by Vincent Groenhuis at 15:25 No comments: