The Cathedral of Christchurch 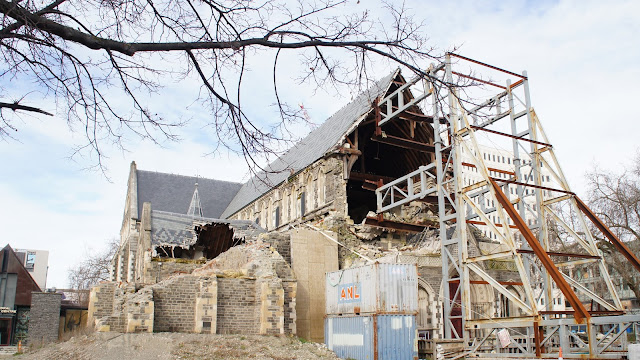 The once so beautiful Cathedral of Christchurch, lies now in ruins. It is very sad to see it in this state. Already half-demolished, it is waiting for its fate, which might be total demolition if the rest is also damaged beyond repair. 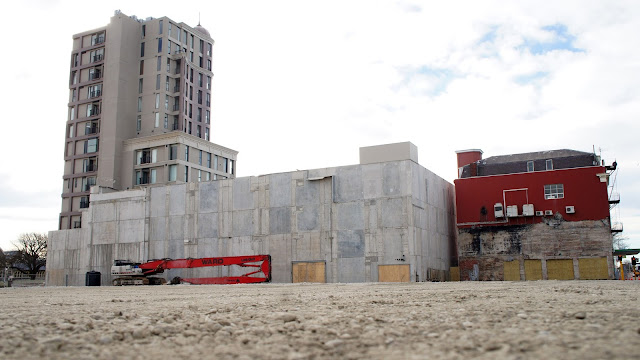 Many other buildings were also damaged and subsequently demolished. As a result, there are many open spaces in the city centre. Some are used as parking places, but many are simply dead gaps in the city where nobody comes. 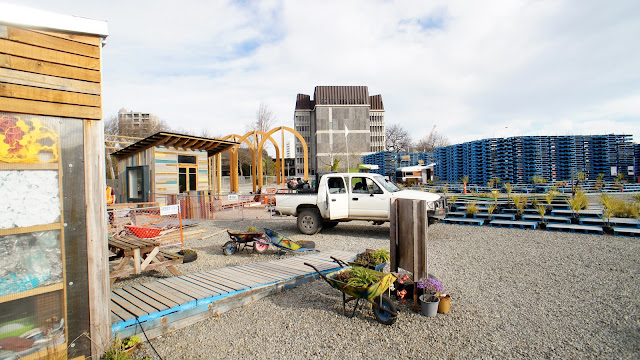 Luckily, there are is also a strong community project going on: the Gap Filler. This is one of the gaps that have been filled with life. The blue stacked pallets surround a nice terrace where I had a cup of chocolate. There are games, music and activities being organized. This, and other projects can be seen at www.gapfiller.org.nz .

Posted by Vincent Groenhuis at 10:25 No comments:


Posted by Vincent Groenhuis at 07:48 No comments:


Today I rode a few cool MTB tracks in the Port Hills. I got up early and headed to the Kennedy's Bush Track. After a hour or two I reached the summit at 442m, and underway I met some people from the Canterbury Mountain Bike Club. They were very kind to show some more nice (and not too difficult) MTB tracks: the Bowenvale Travese Track and the Mt Vernon Track. The group also took the Flying Nun, which I bypassed by taking the Summit Road instead as my bike doesn't have front suspensions.

I then rode the Mt Vernon Farm Track back to Christchurch, tired but very pleased after another magnificent day!


There are two machines: a washer and a dryer. I put my clothes in the left machine, inserted two $1 coins, add some washing powder and started it. After one hour, I put my clothes in the right machine, inserted two $1 coins, added some washing powder and start it. After one more hour, I put my clothes in the left machine again (because it turned out that this is the drying machine). I insert one $1 coin and desperately looked for another $1 coin, trying some similar-sized Euro and Arabic coins, but none were accepted. I didn't want to explain to the reception staff why I needed money exchange again, and hung my clothes on the washing line outside. A few hours later it started raining (for the first time after my plane landed), but I didn't care about taking them inside. But after rain comes sun, and today all my clothes were dry and clean!

Posted by Vincent Groenhuis at 12:59 2 comments: 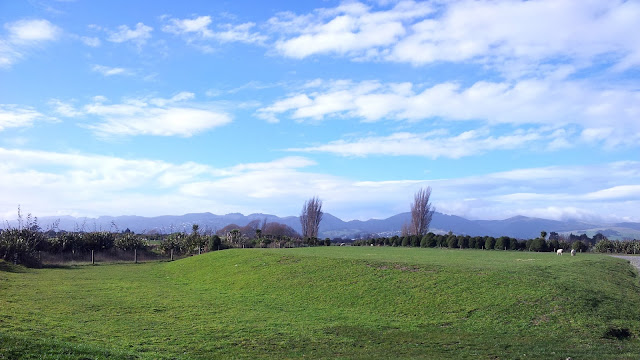 The weather was beautiful again and I headed straight to the hills around Christchurch, on my new bike. 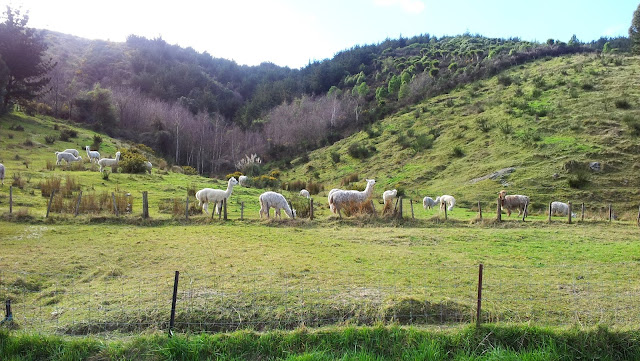 These are llamas, I guess. Somewhere along the Hoon Hay Valley road. 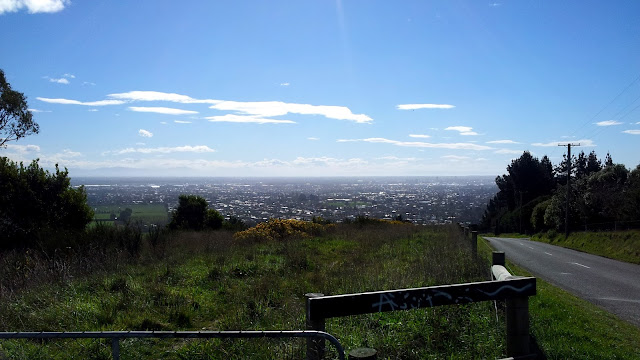 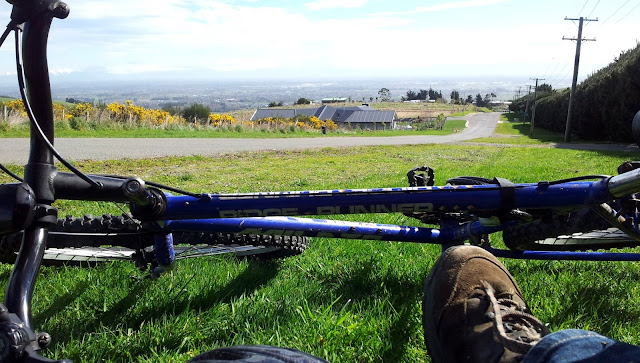 My nice blue cycle, secondhand from Around Again Cycles. Here I went back, as I didn't want to go offroad alone without mobile coverage. 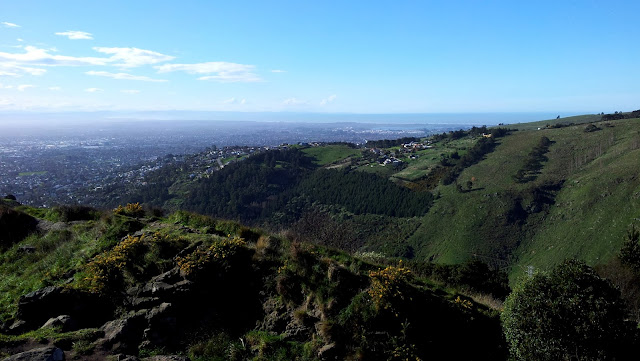 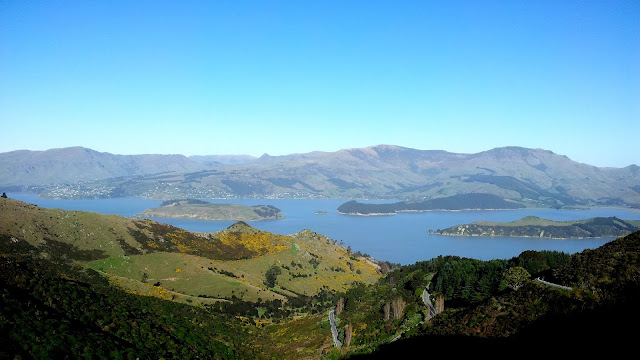 It was a hell of a climb to Dyers Pass, but I made it! As a reward I got this beautiful sight into the Lyttelton Harbour. Next time I will take another (shorter) route and go all way down to Governors Bay.


396 330 metres above sea level. Higher than anywhere in The Netherlands! And this is just the beginning...

Posted by Vincent Groenhuis at 00:17 2 comments:

I am in Christchurch and I know it! 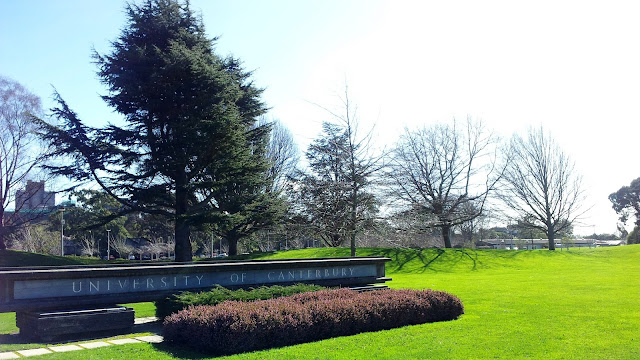 Good morning/afternoon/evening/night* to everyone! Since my arrival on Sunday, a lot has been done. I have food, explored the campus surroundings and the beautiful green parks, got a university's pass, completed the safety training, looked for a decent bike, met a bunch of cool people, bought a sim-card for mobile broadband access and several other things. I also tried to meet my supervisor, but he's on holidays yet, like many people here. Turned out that this week is the mid-term break. Oh yeah. 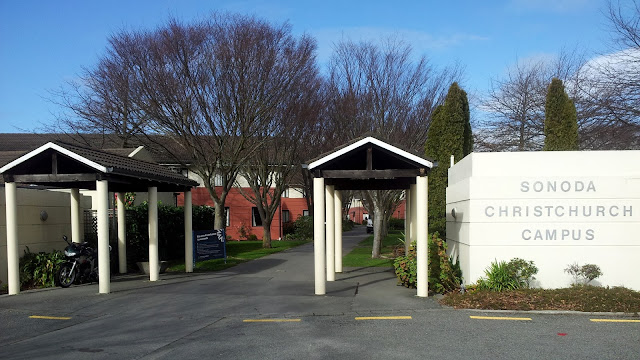 My room is in one of the Sonoda apartments, a group of Japanese-style living houses at the UCA student village. My room is already visible from the entrance above. You know it is Japanese, because the showerhead in highest position is at my chin's height, and the bathtub seems better fit for sumo-wrestlers than for tall Europeans like me. At least they managed to install a bed that is long enough for me. 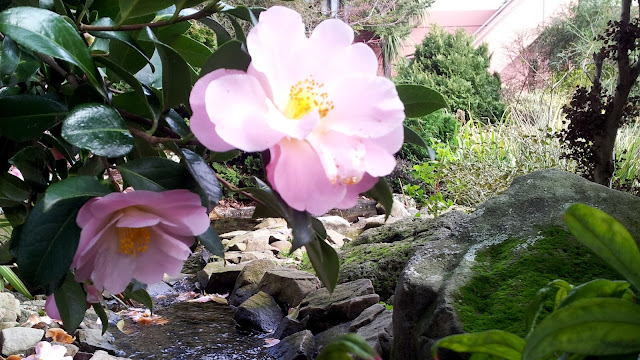 One of my housemates is called Nate, he is a cool guy from New York and seemed to be an interesting person to talk to. Good for making new friendships, not? Well, the only problem is that he went back home today. Luckily I have two more housemates who are still staying here and very kind as well. Paola is from Italy and also arrived in the last week; and there is also another housemate but I only caught a glimpse of him yet. Paola and I are now making dinner in turns, we'll see if the third guy wants to join the shared cooking plan too. 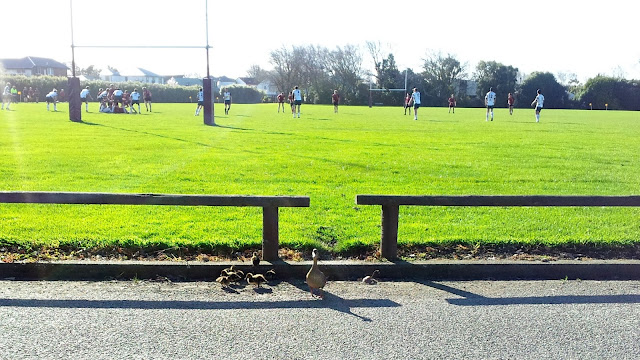 Being down under, several things are upside down. For instance, I have ceiling heating. No floor heating or radiators, but the ceiling simply gets hot for a hour or two when I press a button. But does it work? Hot air stays up and cool air goes down, so theoretically there is no thermally-induced airflow in the room. If one had a thermal camera, it would see a blue room with a bright red ceiling. Or are the laws of thermal physics upside-down too? 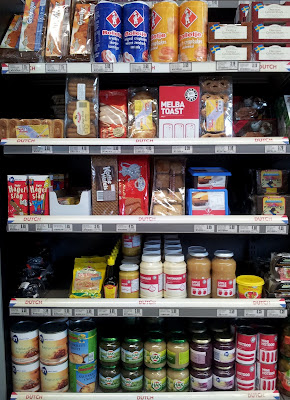 Aaaaaaand, we have Dutch food! Beschuit, hagelslag, drop: it's all here! No need to import and sneak it through customs, just go to the shop 5 minutes from here. It also allows to make a price comparison. A Bolletje beschuit is €0.80 or so in Netherlands. Here it is $3.69. The currency exchange rate is about $1.00 = €0.60, which makes €2.21 for the beschuit, almost three times as expensive! Hagelslag is $8.69 or €5.21, and even the Euroshopper brand items are highly over-priced.

Tomorrow I go to another bicycle shop. It's at the other side of the town, but they have second-hand bikes there and offer special deals for limited-period adventure-seeking foreigners like me! Guess that my next update will include some cool bicycle shots. Stay tuned!

(* Strikeout what's inapplicable for you)

Posted by Vincent Groenhuis at 18:40 2 comments: 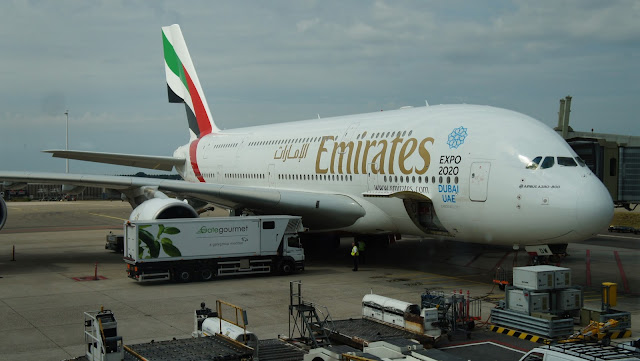 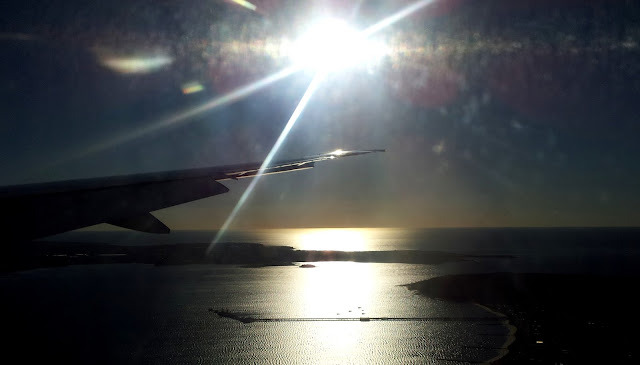 
Posted by Vincent Groenhuis at 16:15 No comments: 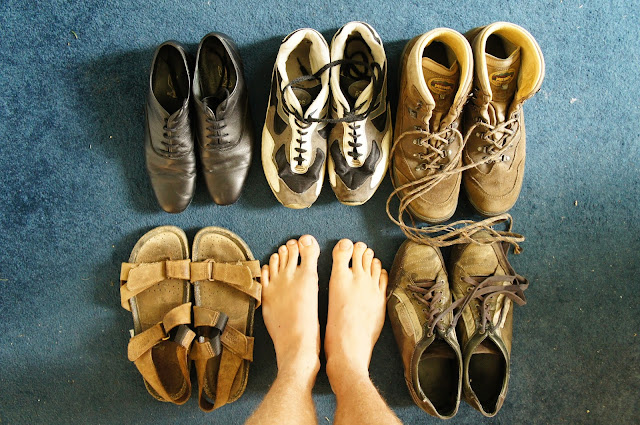