As said in my previous blogpost, Milos and I visited the West Coast in the weekend of 22-24 November. The Motukiekie rocks was stunning, but there was more: Punakaiki Pancake Rocks, Truman Beach, Pororari River Track, Cape Foulwind. 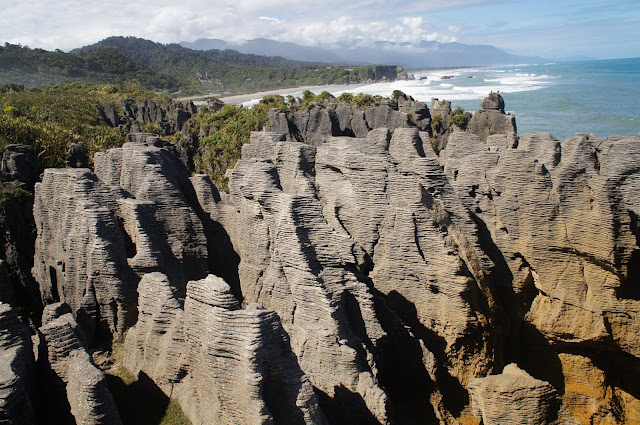 Pancake Rocks! The fun thing is that no one understands exactly why the rocks have this layered shape. 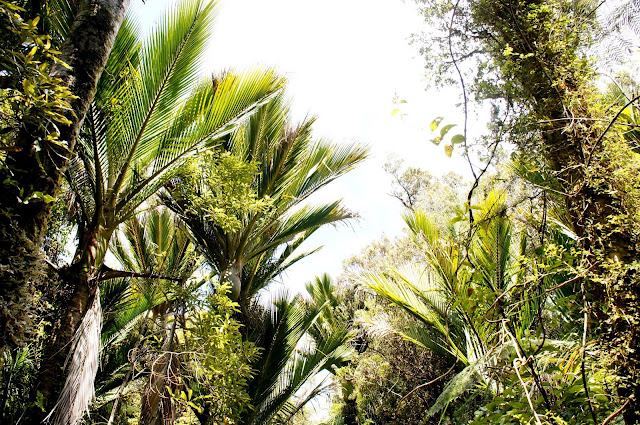 Truman Track, a short walk through the jungle to the beach. 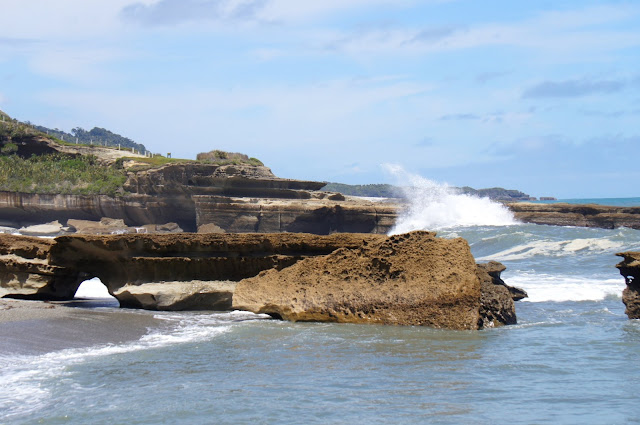 The main beach at the end of the Truman track. The rocks are made of limestone. Long ago in geology, there were different layers in Earth which got mixed,and the sea washed the softer parts off, leaving limestone rocks in all sorts of weird shapes and interesting caves. 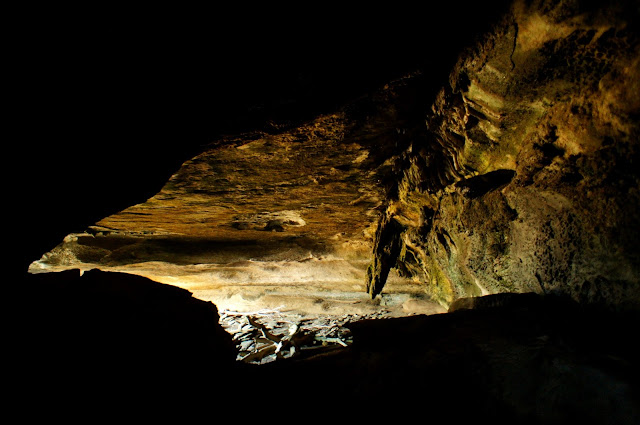 By going through this small cave, you can access another part of the coast, surrounded by high cliffs. 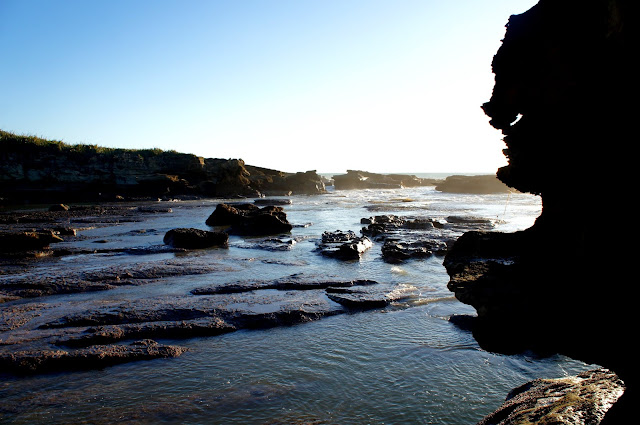 At first sight, you cannot get further because of the sea and cliffs. But with a little bit of jumping, cliff edge navigation and going through another cave, we found a well-hidden path to yet another part of the coast. 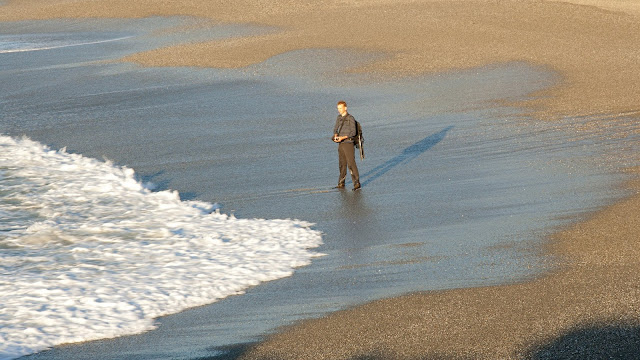 The beach was fully smooth, no footprints could be seen. I wanted to run to the other side, and Milos told me not to leave any trace in the beach which would not look nice in photos. So I just walked through the sea. Sometimes a giant wave was rolling in. At such times I leaped forward, lowered my camera and took a photograph of the rolling waves with the setting sun in the background. 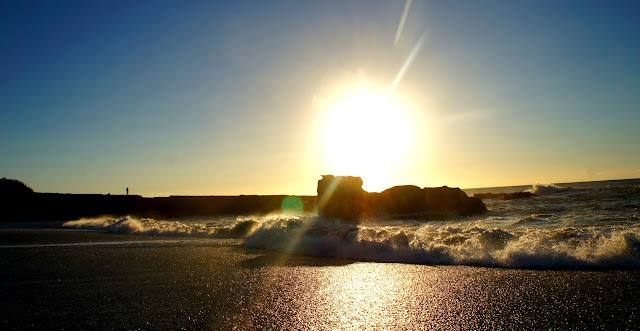 And just when the waves came close, I run away before the waves catch me. With the camera in my hands, waves were battling me to knee height, almost knocking me over 'till the sea retracts again. And this process repeated a couple of times until I was happy with the shots. 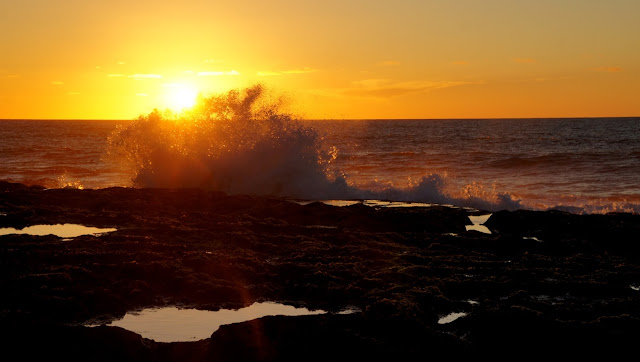 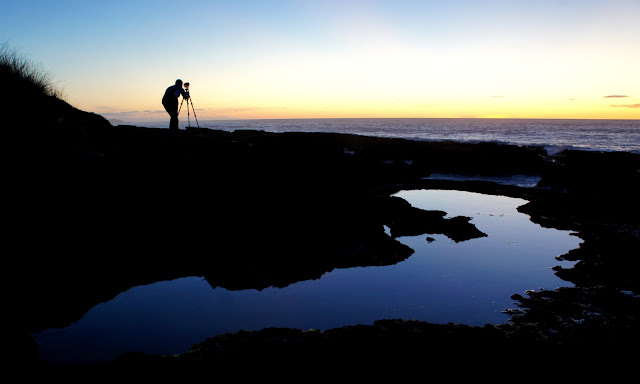 After sunset, we did a lot of more photography in the dusk and at night. We were very happy with finding this awesome place and the good weather!

The long way back was pretty thrilling. There was no moon, we only had our torches to illuminate the environment and sea was rising again. We had to navigate our way over giant rocks, along narrow cliff edges, through two totally black caves and it happened that I left my small camera somewhere at a remote place for some timelapse shooting, which could only be accessed by a little bit of jumping and bouldering. Imagine to traverse them in the middle of the night, with the crushing sea below your feet, faintly illuminated by your headtorch. At such times, when you really can't afford a mistake, you feel far, far away from your safe bed back home! 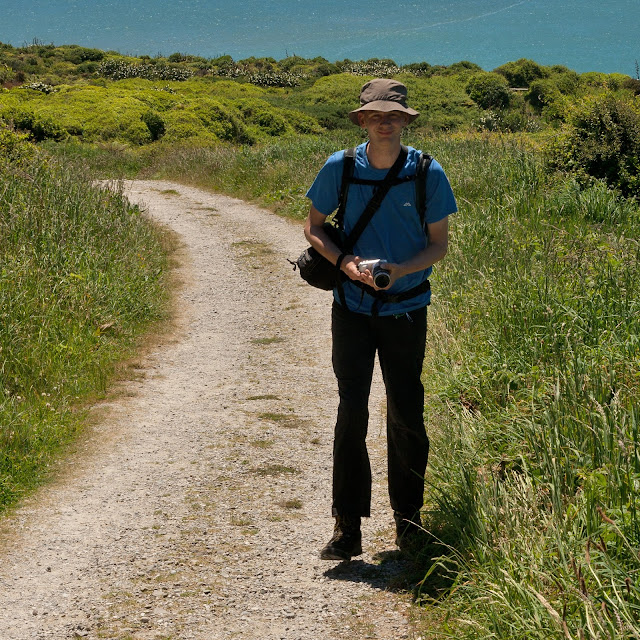 The last day we went to Cape Foulwind to see seals and more rocks in the sea. This photo (and other photos of me) was taken by Milos Hroch. 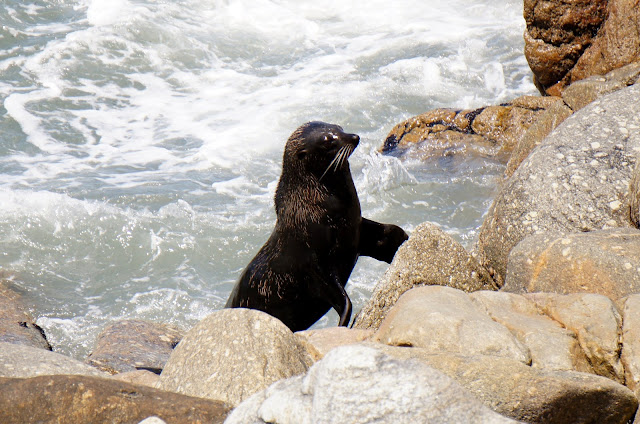 We found a bay somewhere off the main path, and could go down all way to the shore, where some seals were sun-bathing like this one. 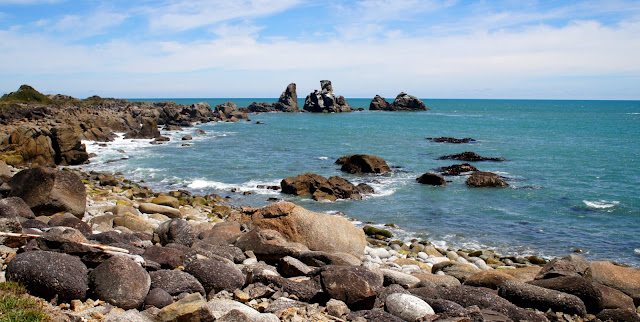 Bye bye, West Coast. It was an awesome photography trip!

For more pictures, see the complete gallery here!
Posted by Vincent Groenhuis at 01:28