Work on the exoskeleton

My internship is now going on for three weeks already. Much has been investigated, the EMG hardware that my predecessor left behind is now more or less operational, and collaboration with the exoskeleton hardware group (by five students) is getting very constructive! 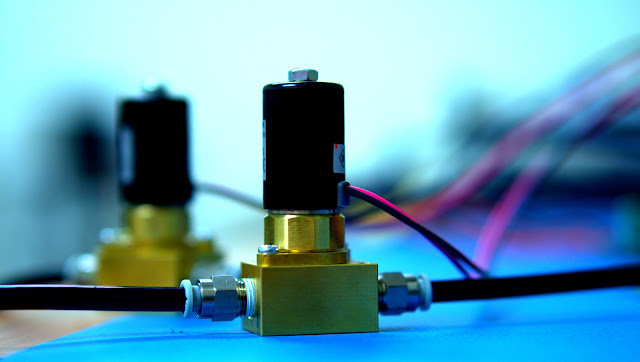 The exoskeleton is powered by PAMs, which stand for Pneumatic Artificial Muscles. The inlet and outlet airflows are controlled by valves, which can be opened and closed by electric power. 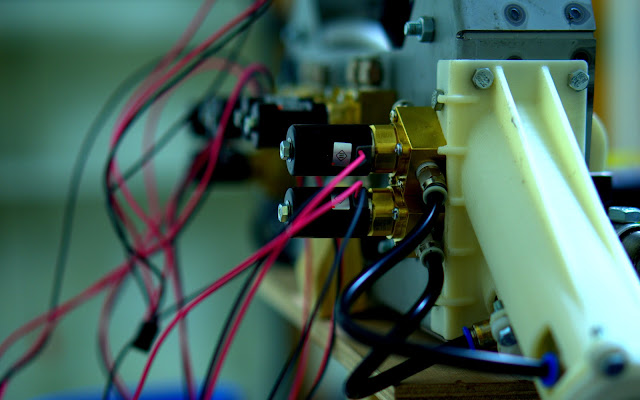 The valves are mounted on the back of the exoskeleton, and a number of air tubes are already connected. 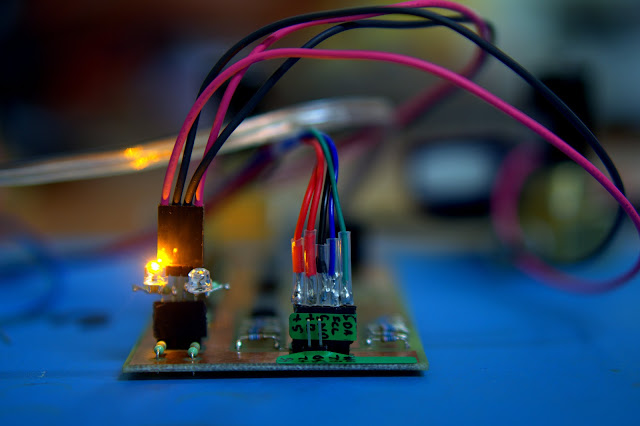 The valves are powered by this printed circuit. It was designed by the other students, and tested by myself. I now know how valves are being controlled, and also found a few issues with the circuit, of which some are solved now. Electrophiles will probably recognize the I2C bus connections. Only the emergency circuit breaker is not operational yet, it's something to be fixed later. Until then, we just hope that the exoskeleton won't walk away unintentionally on its own ;)

There are also printed circuits for force sensors, a HID (human interface device), an audio system, some rotary decoders and the onboard computer itself. Later I will also add the sEMG electrodes with its own processing circuitry and a better controller. With all those computer chips, wires and electronics, it looks like building a spaceship!

Posted by Vincent Groenhuis at 12:53