January 9th. A shuttle bus dropped me&my bike at the Turoa skifield, located at the slopes of Mount Ruapehu. 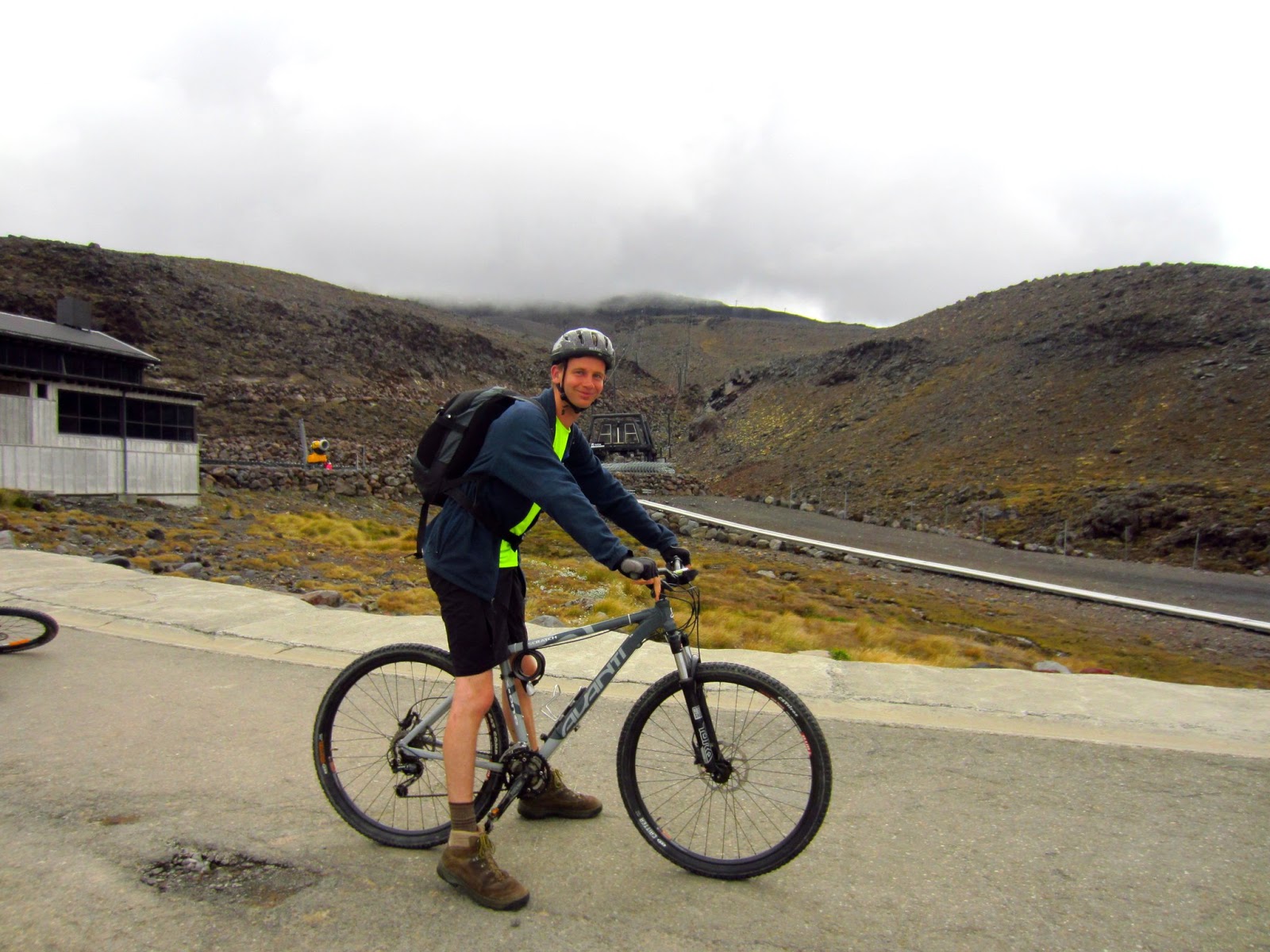 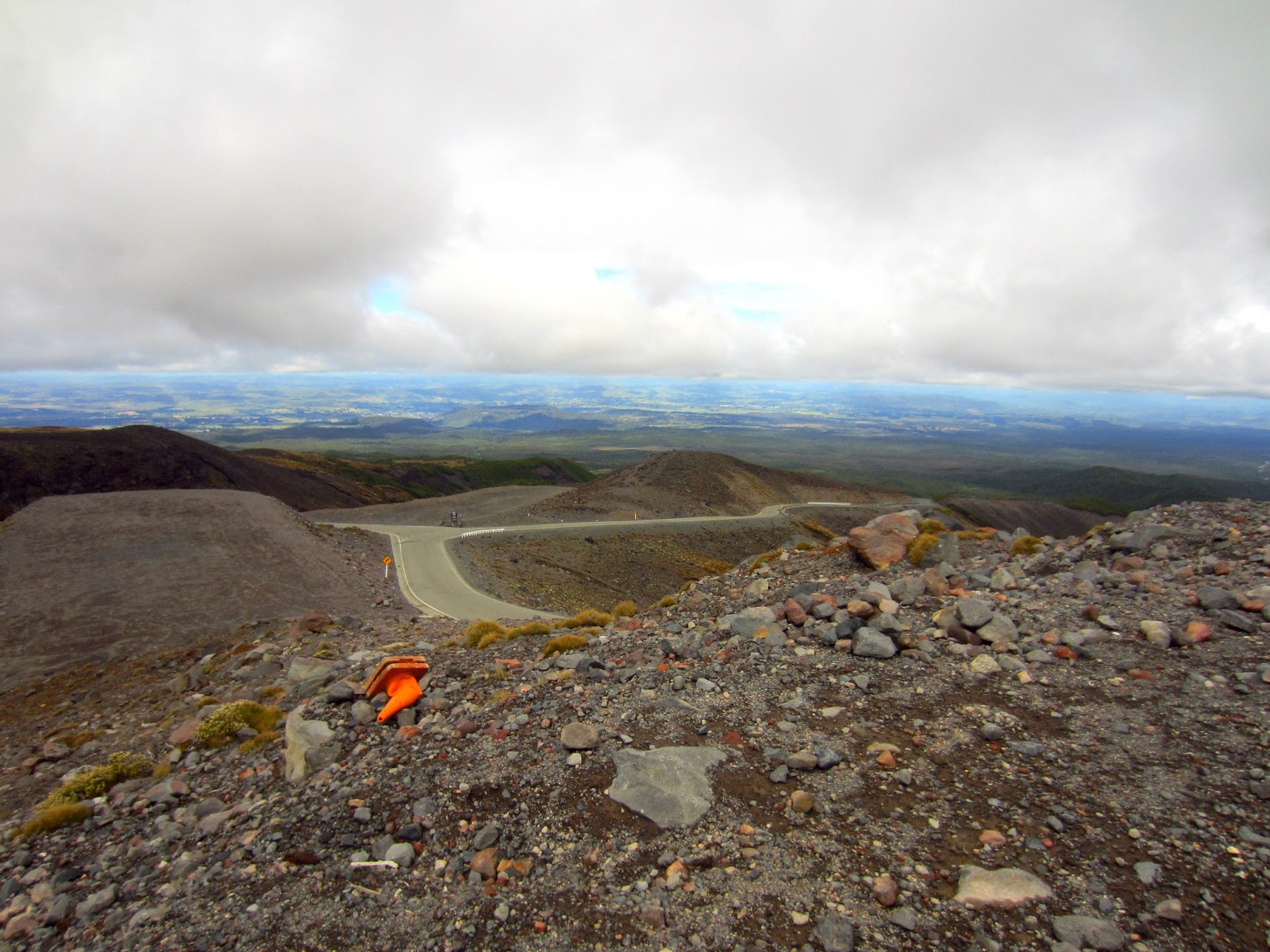 The road is just 17 km long, but the vertical ascent is 1020 metres! The highest point offered nice views over the surroundings, of which some parts were used in the Lord of the Rings and Hobbit movies. 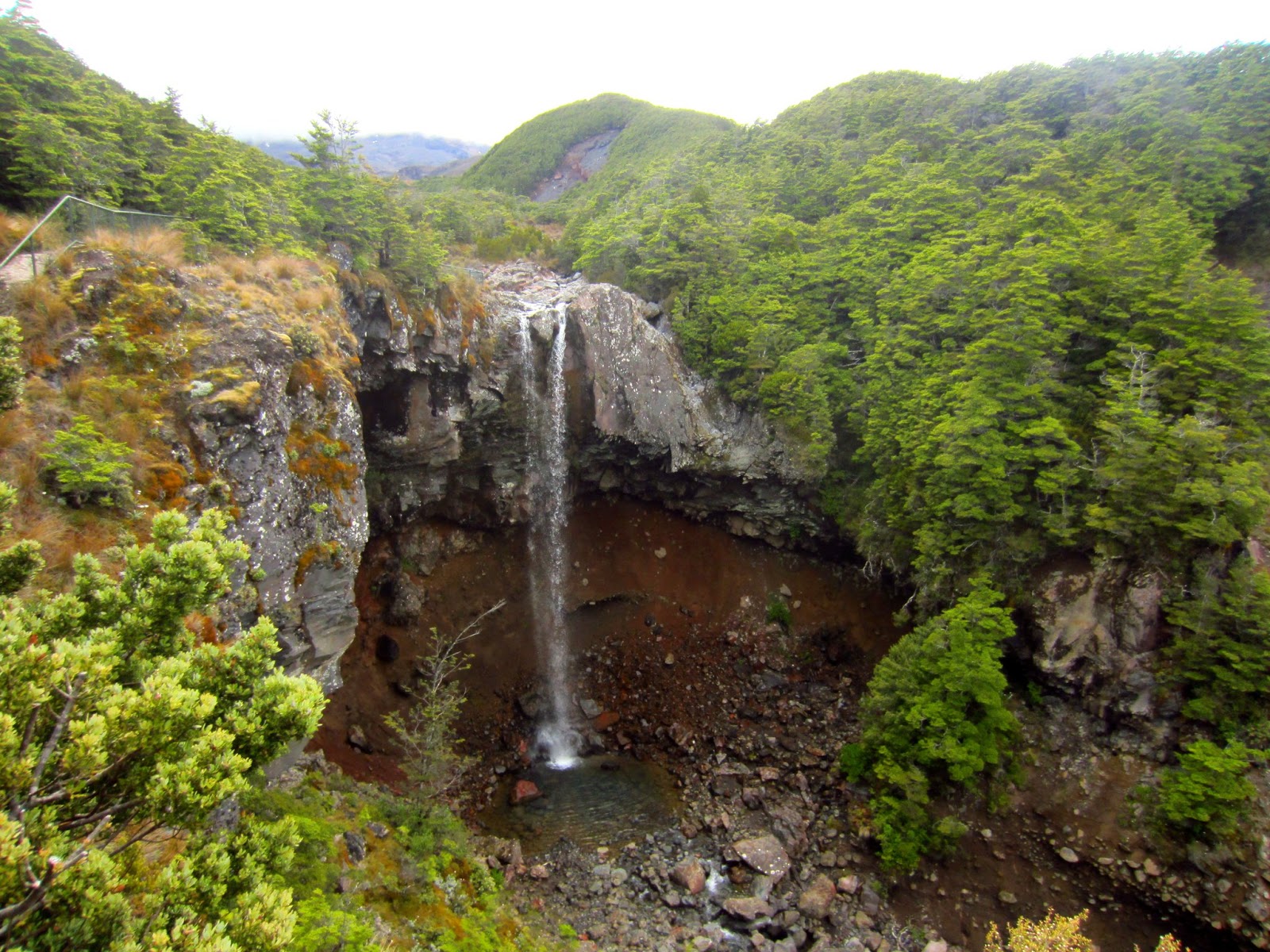 From the mountain road, some side tracks were available for good walks. This waterfall is famous, as Gollum caught a fish in the pool in one of the Lord of Rings movies. 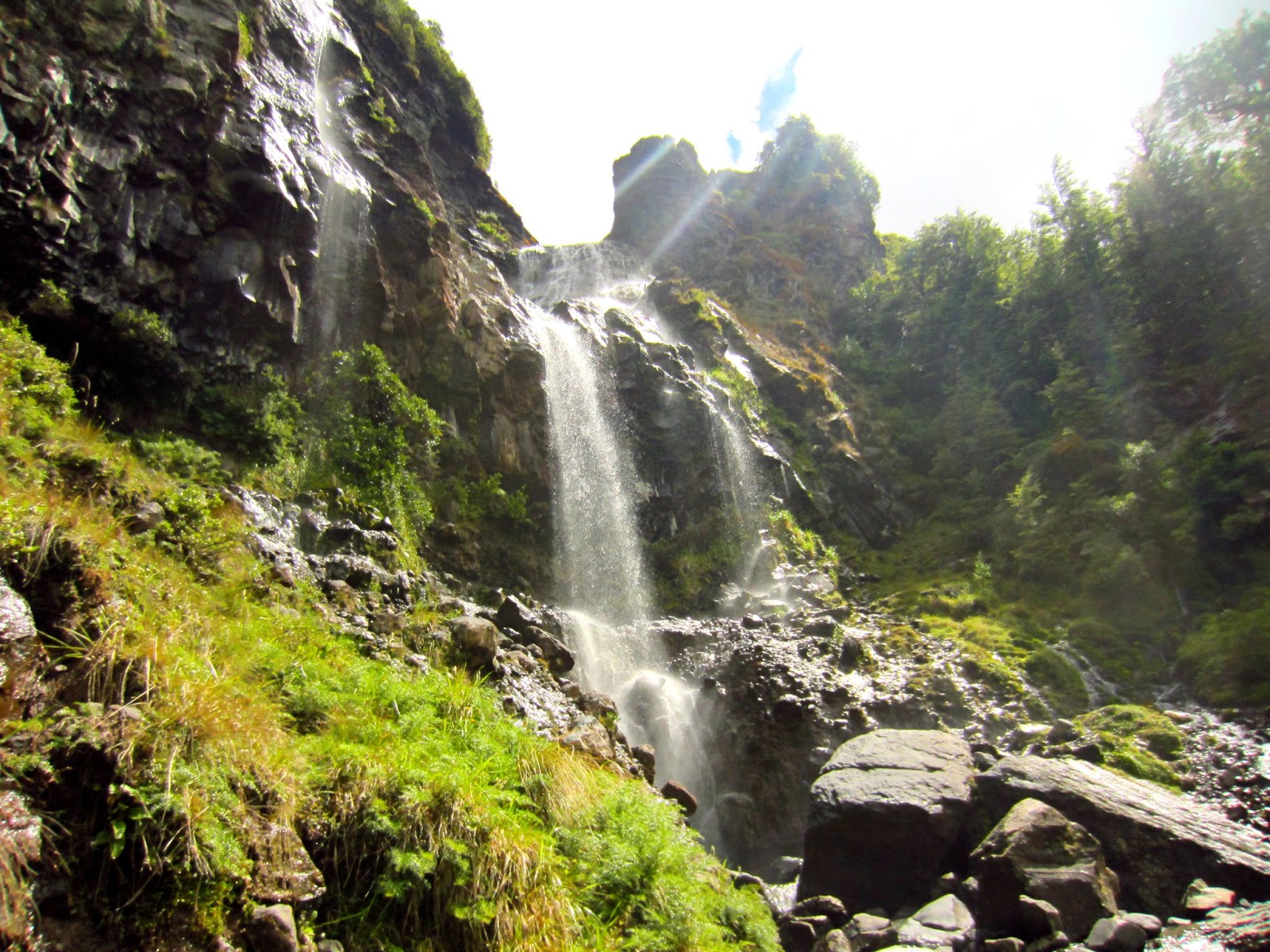 Another waterfall, further down the mountain. 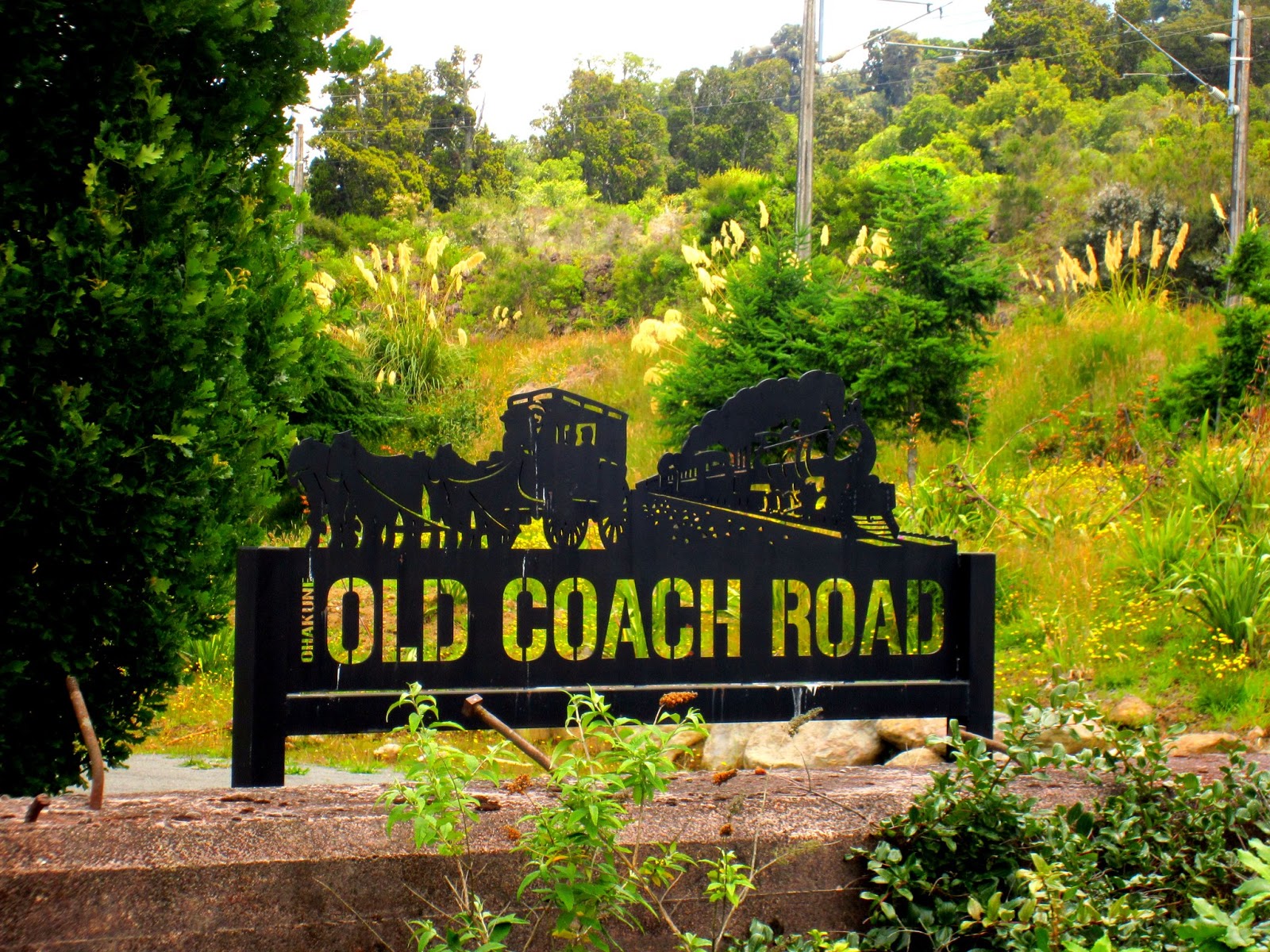 Back in Ohakune, I proceeded with the Old Coach Road. It has a very interesting history! A long time ago, a railroad was constructed from Auckland to Wellington. In 1906, the railroad was all completed, except for a small section between Ohakune and Horopito. At these two places, the train passengers and goods would be transferred to no less than ten coaches, each pulled by five horses, which moved along the Coach Road, made of cobblestones in the earth, and then loaded into the other train again.

By 1908, the railroad was completed. It could not be too steep, so it curved around a lot. The Coach Road itself was no longer needed. It became forgotten, and forest quickly took it all over.

And later in the century, new trains had much more power allowing to traverse much steeper slopes. So the railroad was straightened, new bridges were built and old bridges got out of service. Also the old railway became forgotten.

Only few people still knew about the existence of the Coach Road. By 2002, they thought it'd be cool to walk/cycle over the road again, and began reconstructing the original road. Combined with parts of the original railway, the Old Coach Road was re-opened, with a number of signs along the way to show parts of the history.

It was fun to travel all way of the Old Coach Road, and back to Ohakune again!