Christmas. How to celebrate it without family, far away from home? 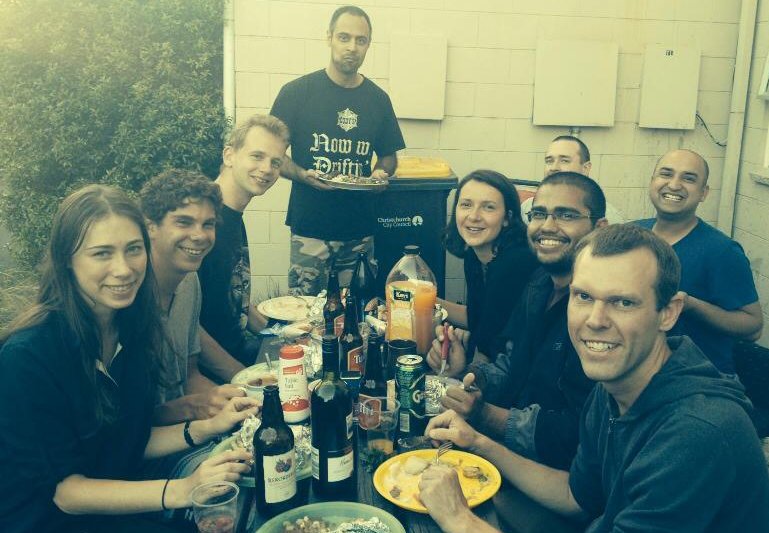 Simple: with a Kiwi-style Christmas "BBQ" dinner together with other "orphan" friends! Photo by Tania, and it should be noted that Zeinab jumped in 5 minutes after taking this picture. 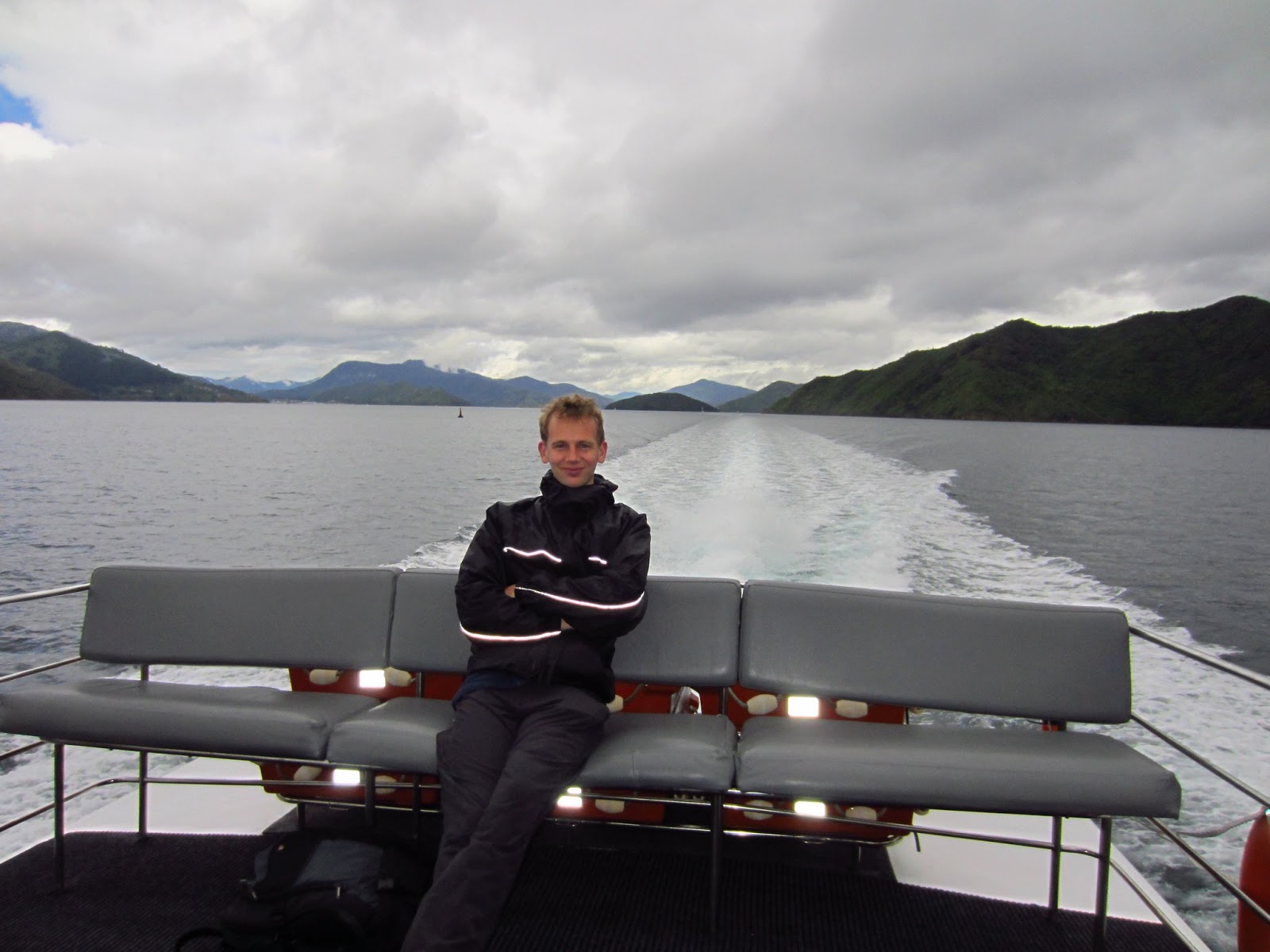 The day after, I drove north, all way north to the Picton harbour. The plan was to take the water-taxi to Punga Cove, my starting point of the Queen Charlotte trail. But when I tried to get cash (needed for the taxi), my bank card suddenly rejected any transaction!

It turned out that my bank had blocked my card, and that a new one was sent to my home in The Netherlands. Ummm, let's check... $70 in my pocket, and taxi costs $115 not to mention the other costs for my journey. Oh wait, I've got €200 cash somewhere, yes! Need to change it to NZ$$$. But: the bank is closed. Boxing Day. It should actually be called (Christmas Present) Unboxing day, but well, the taxi office is kind enough to postpone payment to the next day. 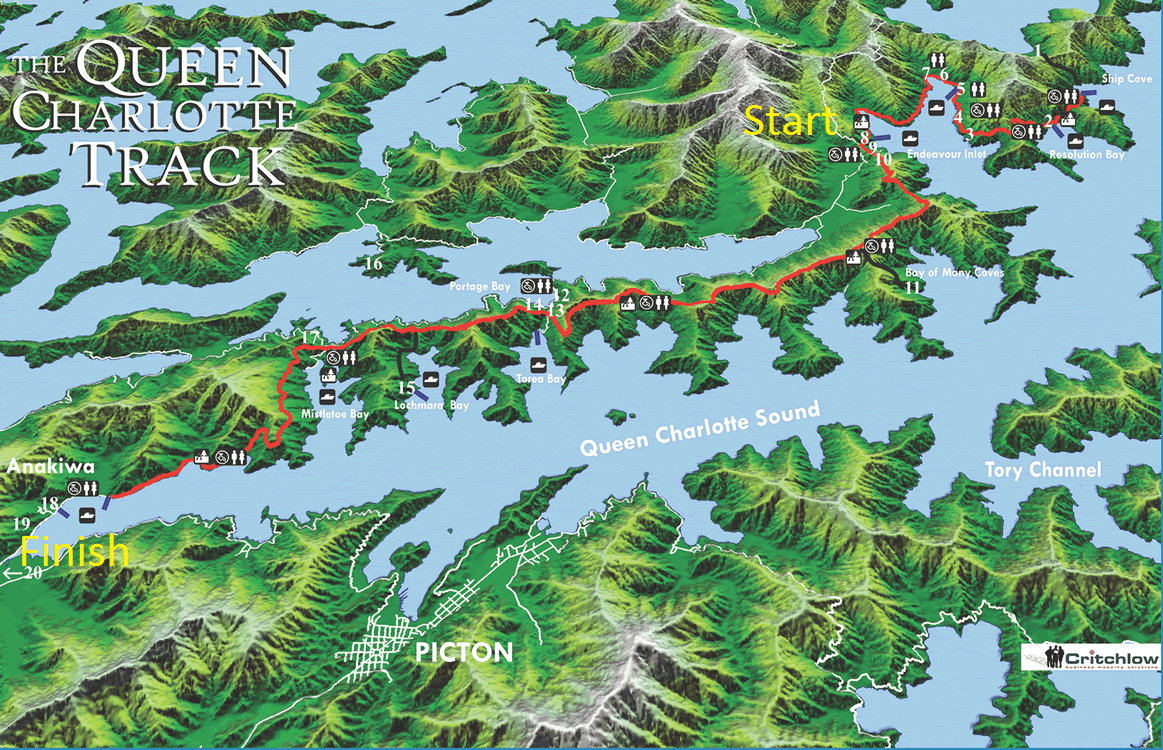 It's 41 km from start to finish (the remaining 26 km can't be cycled during summer). I chose to cover it in two days, a wise choice because it's mostly an advanced (grade 4) track with rough paths and very steep slopes. Initially it was a walking track only, and at some sections walking is indeed easier than cycling. The track was also rather muddy, because of the rain in the past days. 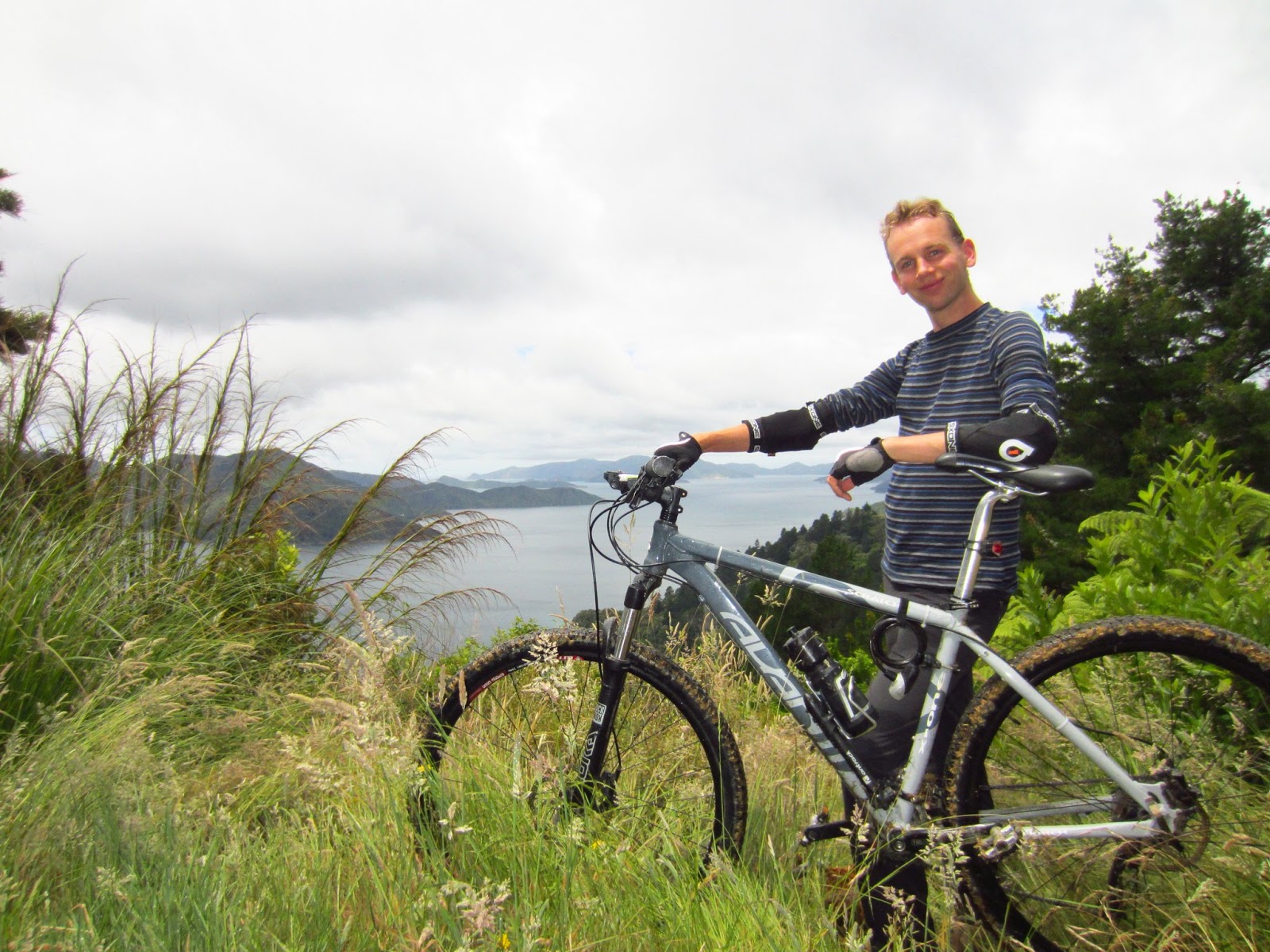 The trail is on a peninsula, a long and narrow piece of land with many bays at both sides. Most of the time the path flows over the ridge, with beautiful views in all directions. 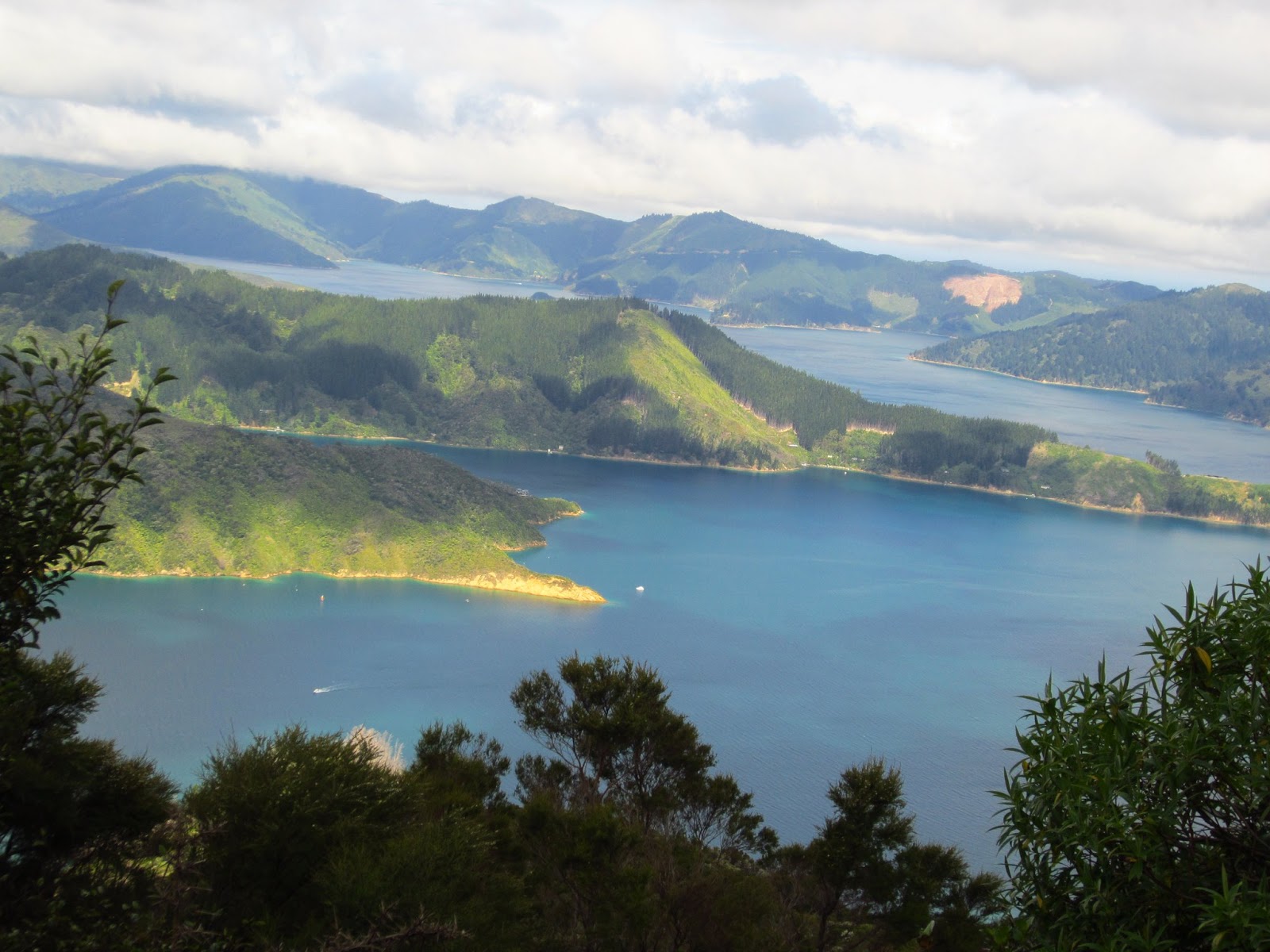 It was generally cloudy, but it didn't rain again and at times the sun broke through. 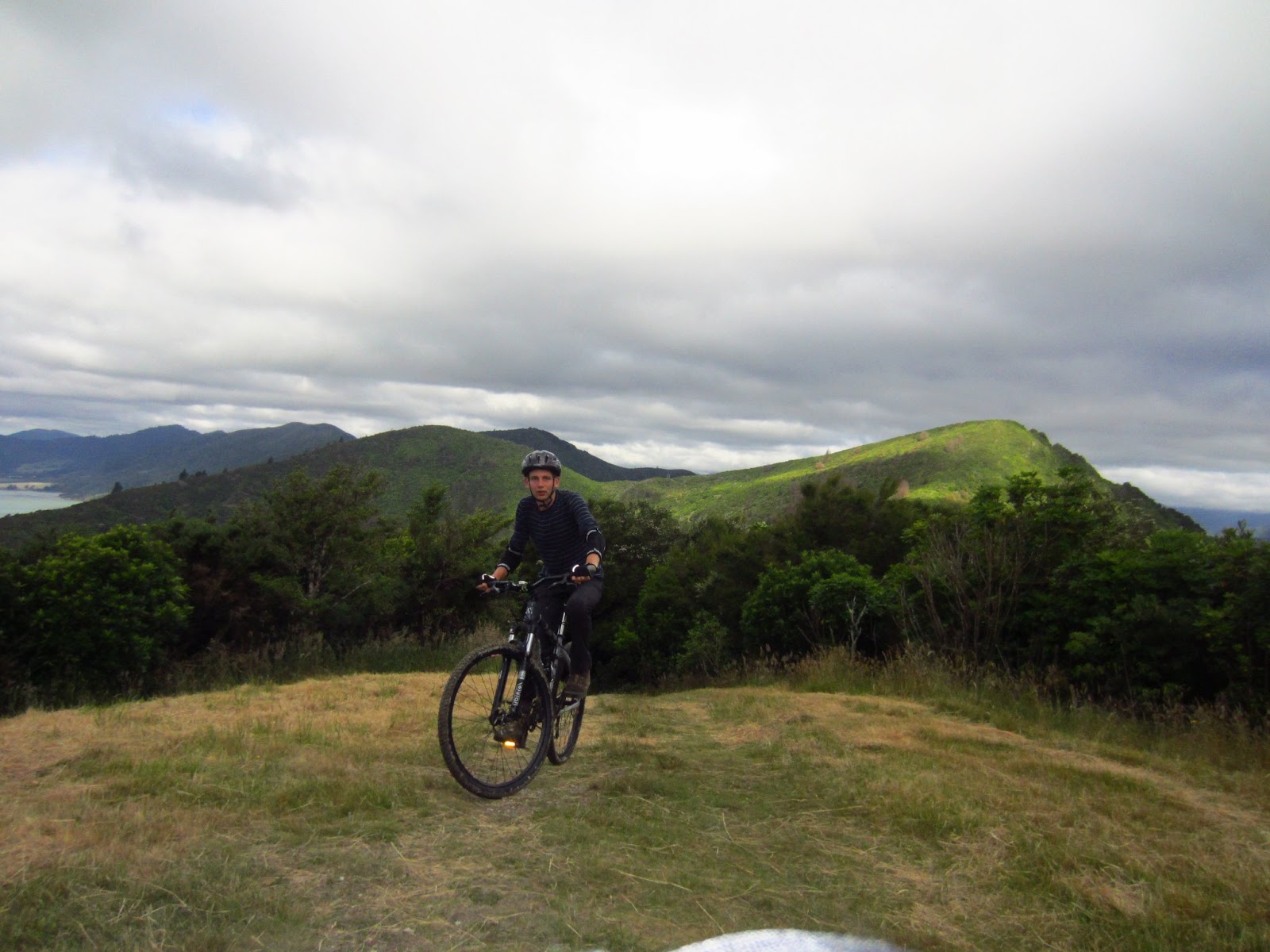 One of the many 'summits', which were never higher than approx. 400m. The trail felt like a chain of hills, connected by saddles between them. 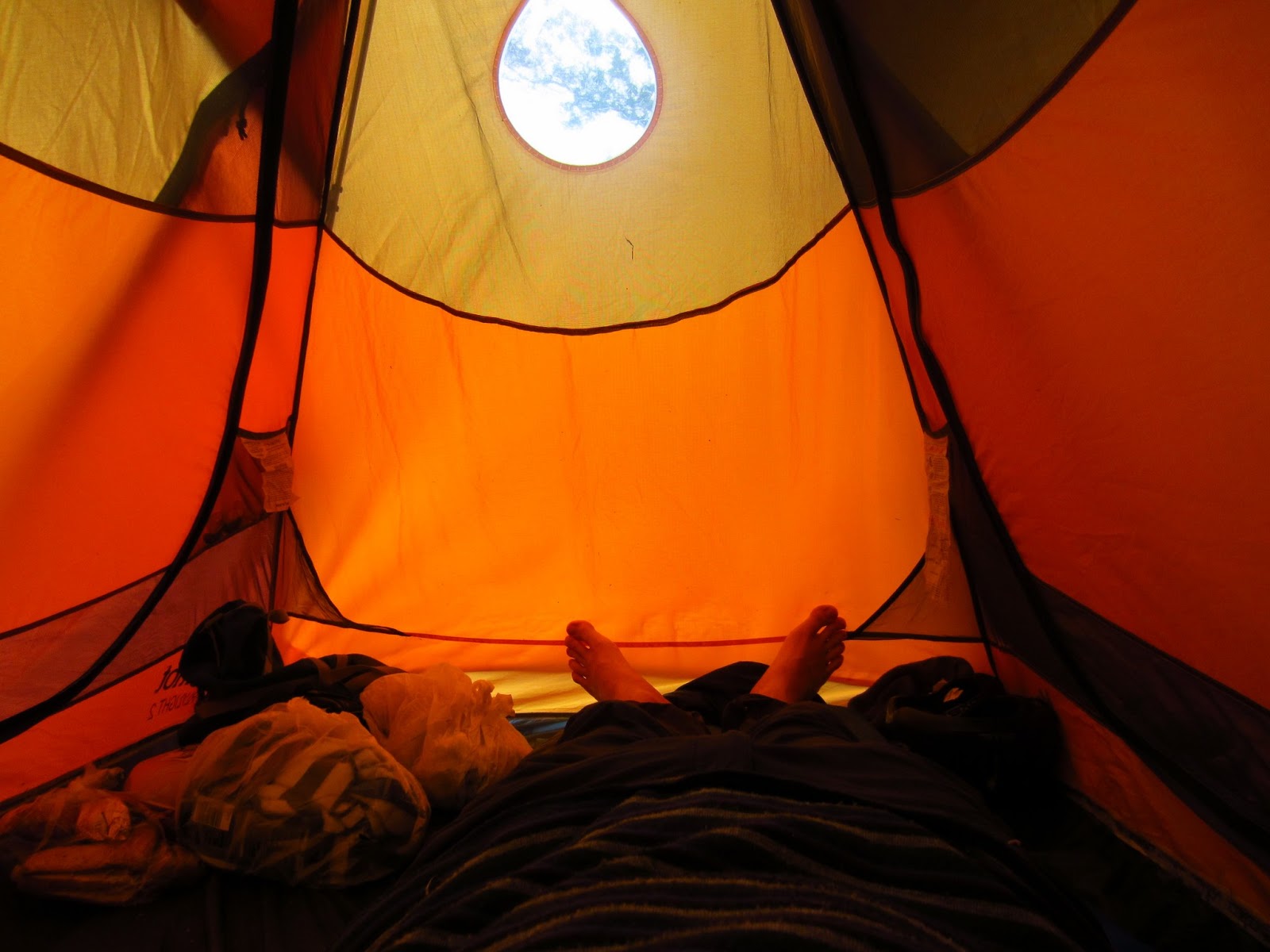 Halfway, I picked up my backpack (which the boat had dropped for me) and set up my tent for a good rest. 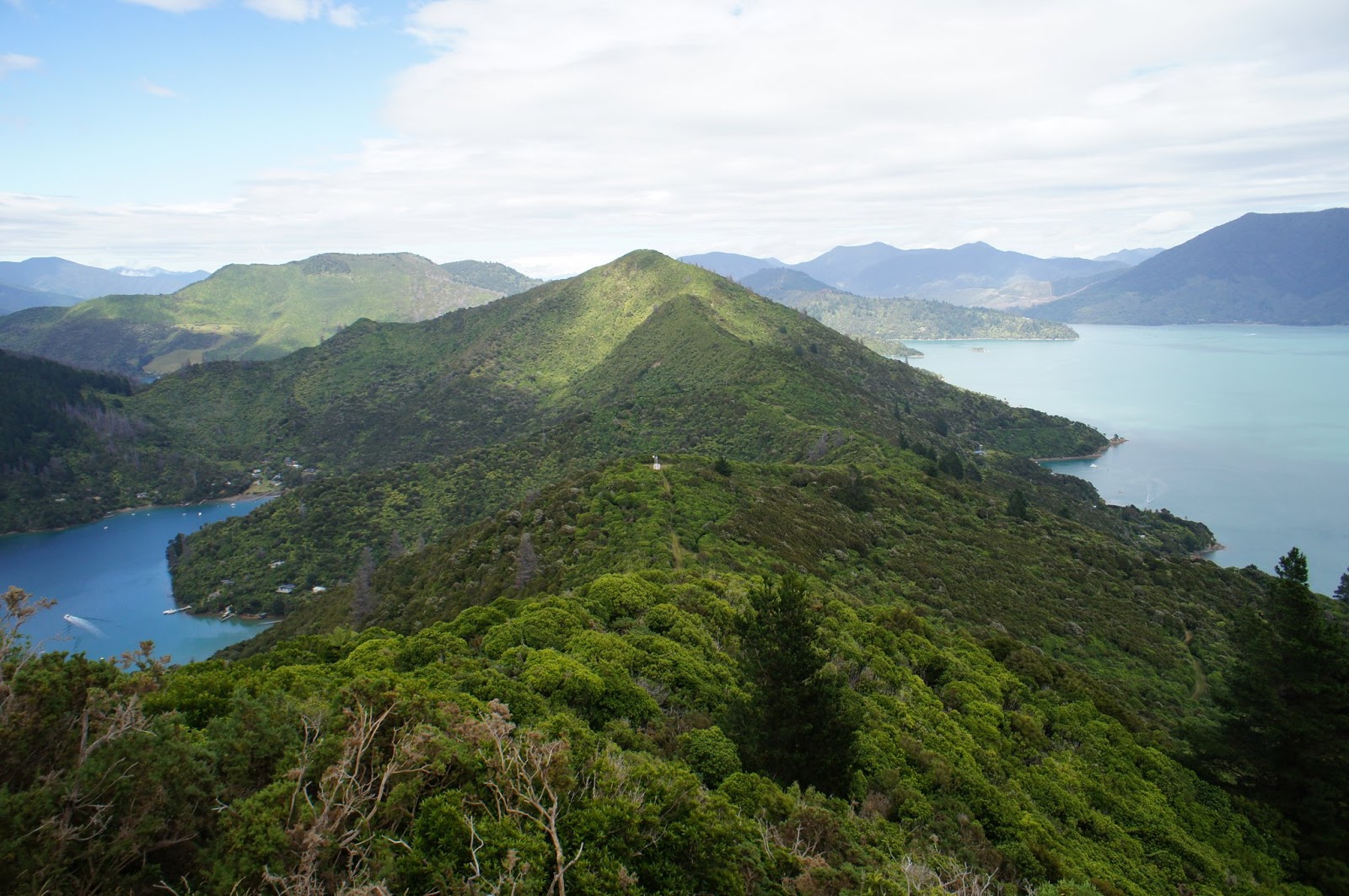 Next morning, the second part started, again flowing through the forest following the ridge connecting the hill tops. The track also gradually got easier, and there were some very nice downhill sections at the end. 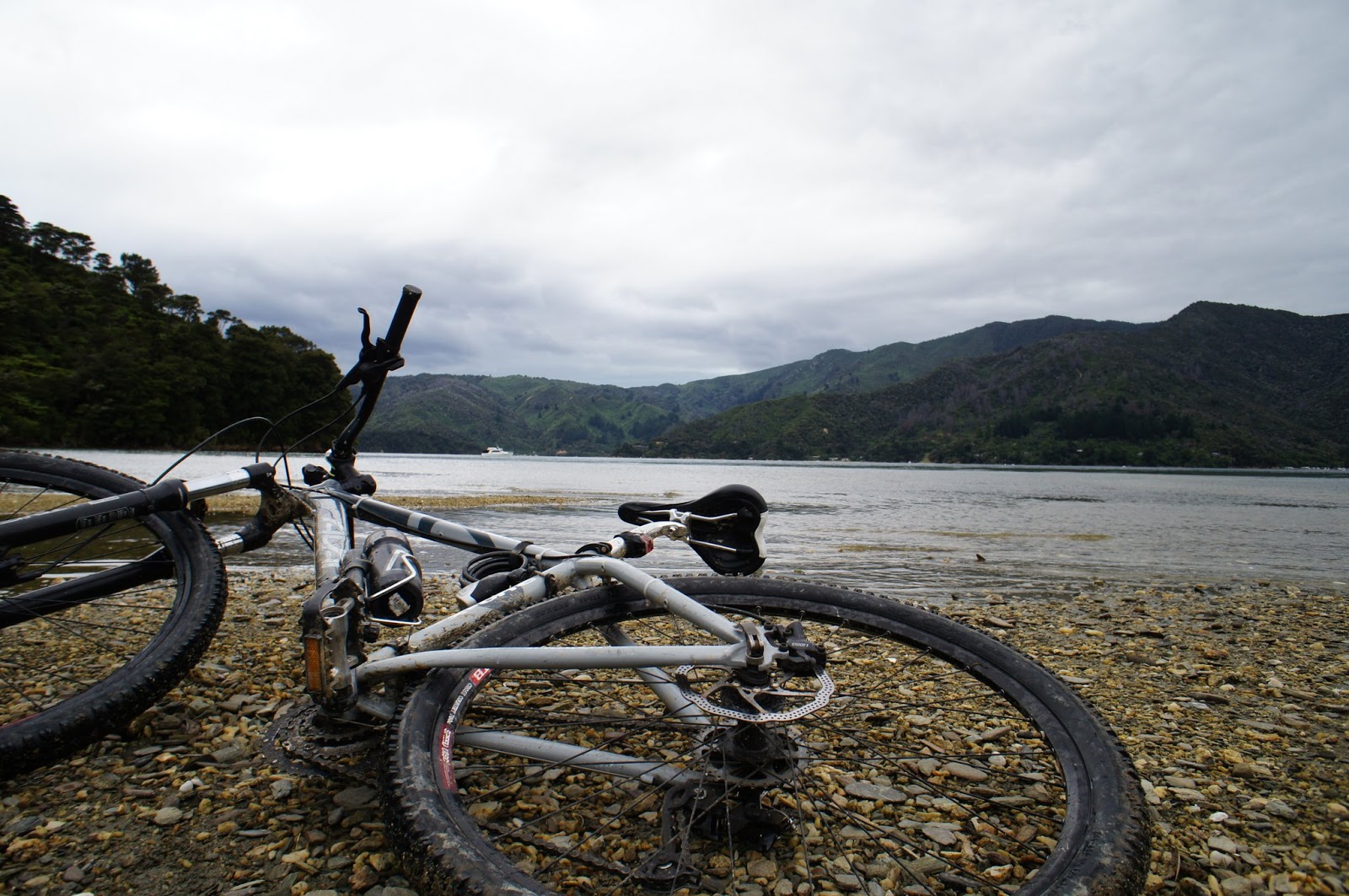 Finally I arrived at the beach in Anakiwa, soon to be picked up by the fastest water taxi of the region, arriving in Picton only 10 minutes before the local bank would close. Luckily, Picton is just a little harbour village, and I cycled the distance from harbour to bank in under 60 seconds. With fresh NZ dollars, I paid the taxi and saved about just enough for a large pizza (for me), petrol (for my car) and one night's stay for the journey to Marahau where my next adventure would start.